Until recently, the Fair Trade label was only seen on products from farms outside the United States. That all changed when Wholesum Harvest, a family-owned farm located in Nogales, Arizona, was certified by Fair Trade USA.

Fair Trade certification is available for products ranging from clothing to seafood, and everything in between, according to an NPR  story, Not Just For Foreign Foods: Fair-Trade Label Comes To U.S. Farms. 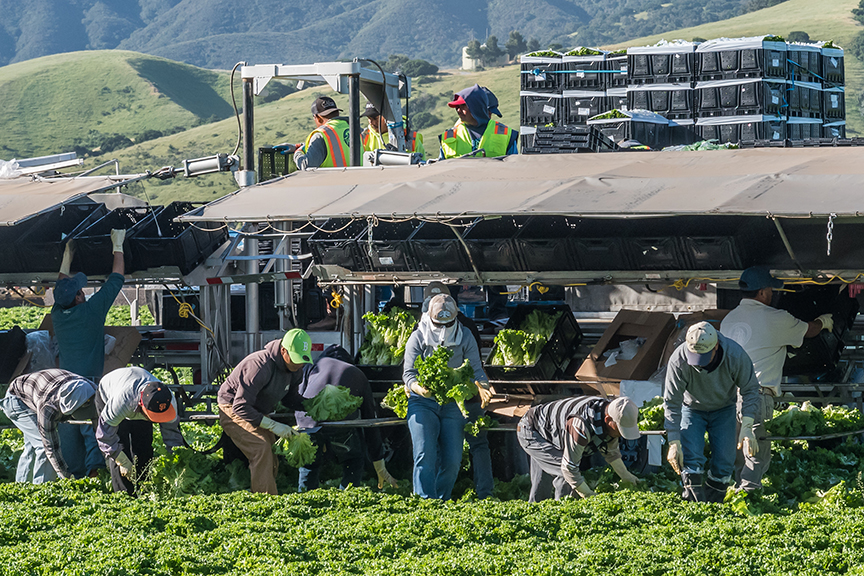 When this certification was first established, it was used only on things produced outside the U.S., because “’the feeling was that workers and farmers in the states didn’t need it,’” says Paul Rice, president of Fair Trade USA. But that sentiment is changing. Officials at Fair Trade USA expect another dozen American farms to become certified in the next year. This certification means the producer meets over “300 standards detailing working conditions and environmental protection,” NPR reports.

When sustainability is discussed, the environmental aspect receives the strongest focus, while the social and economic aspects are often overlooked. As a result of being the first U.S. farm to be Fair Trade certified by Fair Trade USA, Wholesum Harvest has reinvested the money they received and has taken steps to better their community and the environment.

Steps toward bettering the environment include conserving areas for an endangered cactus species, as well as switching to carbon-zero pallets. Social sustainability can be improved by creating better working conditions, educating the workers on their rights, and supporting the local community. The workers decided to purchase a school bus to get their kids to school, build a soccer field, and start a tortilla factory that sells the products at cost.

When the local business is able to support the local community and local economy, they help to increase the health of rural communities and allows these communities to thrive.

When considering whether to undergo the Fair Trade certification, the farmers should consider if the result will be worth their time. They need to consider if they are going to maximize their profit, stay true to their mission, and possibly access a niche market by having their product have the Fair Trade label.

Based on the increase in growth of sales of bananas, cocoa, and coffee in 2015, there is the potential for American farmers to see an increase in sales with the use of the Fair Trade label. Cocoa saw a growth of 27 percent of sales in 2015, and bananas and coffee were both over 10 percent.

The topic of Fair Trade is present in Vermont, as demonstrated by the Milk with Dignity Campaign through Migrant Justice. There has been a fair amount of pushback against Ben & Jerry’s because of their relation to this campaign.

As demonstrated by the Penny per Pound tomato campaign in Florida, a slight increase in money going to the farm workers can make a difference. There does not seem to be as much advocacy for the farmer themselves, however. If the farmers are not getting paid enough for their product, they are not going to be able to pay their workers as much. Dignity is for all people responsible for producing food, not just the workers.

-Sharon Palmer is a student at UVM. She wrote this post on for Florence Becot’s Comparative Food Production class (FS 196).