Who Picks Your Tomatoes? Rethinking the Rights of Farmworkers

Take a moment to close your eyes and imagine the United State of America as a space free of all immigrants. Now close your eyes again and think of the same scenario and imagine what your dinner table might look like. Maybe that is really hard for you to do, or maybe you are picturing a table with a whole lot of grains. 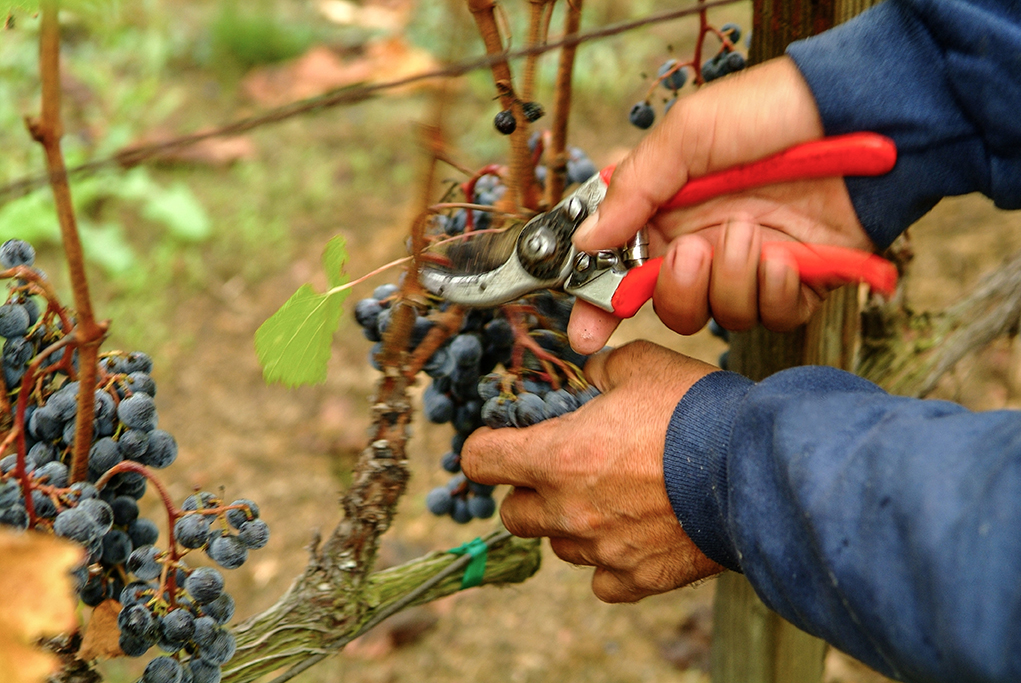 While surveying this intentionally invisible population can be challenging, the Department of Labor estimates that 46 percent of the workforce is unregistered.  More so, this proportion does not include the immigrants not in the fields—the ones that drive the processing, distribution, and retail side of the food system.

So why is this important? As Tamar Haspel, a writer for the Washington Post, states in her article, “Illegal immigrants help fuel U.S. farms. Does affordable produce depend on them?”, the recent shift in political administration and the increased enforcement of immigrant laws has directly threatened the on-farm workforce and consequently our greater food system. If we want to kick out the hombres who are producing our food, we are going to need to find an alternative source of production since Americans are not interested in this field of work.

Farm work is arduous and the hours are long.  Some farmworkers I’ve talked to in Vermont work up to 80 hours per week with no days off. Working conditions are physically dangerous and range from picking strawberries in a pesticide-sprayed field to hunching over to milk a 1,500-pound cow.

It would be one thing if workers were fairly compensated for putting themselves at risk to put food on your table, but wages aren’t nearly what they should be. According to Haspel, hourly pay is between $10 to $12, which equates to a mere $10,000 a year. This pay is not sufficient for the excessive hours and hazardous working conditions these laborers face daily. U.S. buyers, farmworkers, and food justice activists alike want to change this inequitable system by increasing the minimum wage or reforming immigration legislation. However, these are not changes that will happen overnight.

What is unfortunate about this whole paradoxical food system of ours is that both the “solutions” we have come up with to address immigrant rights have the same outcome. Haspel explains that both alienating immigrant farmworkers or raising the minimum wage would lead to an increase in food prices.

Increasing wages would mostly affect fruits and vegetables because that is where we see the majority of agricultural labor. According to the USDA, only about 11.6 cents out of every dollar spent at the grocery store goes to the farm and agribusiness sector. A third of that quarter, about 8 cents of that dollar, goes to the farmworker. As outlined by Haspel, if we were to increase the minimum wage by 25 percent from $12 to $15 per hour (remember a lot of farmworkers still don’t make close to $12), produce prices would rise 2 to 3 percent.

Philip Martin at the University of California Davis, and a USDA economist, explains that, “historically, rising ag wages led to labor-saving mechanization or imports, and food cost as a share of household spending has been falling.” This means that even if we did increase the minimum wage, we wouldn’t necessarily see the increase price effects in our grocery stores. Instead, farmers would turn to mechanization to reduce labor costs or the government would look to imports. As a result, smaller farmers without the economies of scale to buy machinery would suffer.

So where do we find the compromise? How do we work toward a sustainable food system that can provide and support everyone—including farmworkers—with healthy food, a livable wage, and respect?

It is a complex question to digest, but I believe it starts with us—the consumers. We are going to need to be willing to pay more. But wait a minute, isn’t food already too expensive? In a system that has tricked us into thinking food is suppose to be a cheap commodity, there needs to be a paradigm shift toward a renewed discovery of the real cost of food. If you believe that farmworker rights—human rights—are important, maybe you should consider dishing out more money for food.

-Elena Palermo is studying Food Systems and Nutrition and Food Science at UVM. For the past year and a half, she has been involved in Huertas, a community-based food access project that works with migrant dairy farm workers around Vermont to establish, design, and plant gardens with culturally familiar vegetables and herbs. Wherever her career takes her, she hopes to not only further her education and remain an active participant in the fight to gain food equity for all, but to build a food system that can provide and support everyone, including farm workers, with healthy food, a living wage, and respect. Her post was written for Professor Florence Becot’s Comparative Food Production Systems class (FS 196).