Jim Harrison’s ‘A Really Big Lunch’ Will Restore Your Appetite

In today’s faddish food culture, self-denial and restraint are the name of the game. Every day a new diet scheme is born; every day the media condemns a different food group. Be like Tom Brady, who doesn’t eat nightshades! Be like your caveman ancestors, and eat only protein! A person could wear themselves out—and many do—trying to keep up with the new “right” way to eat. 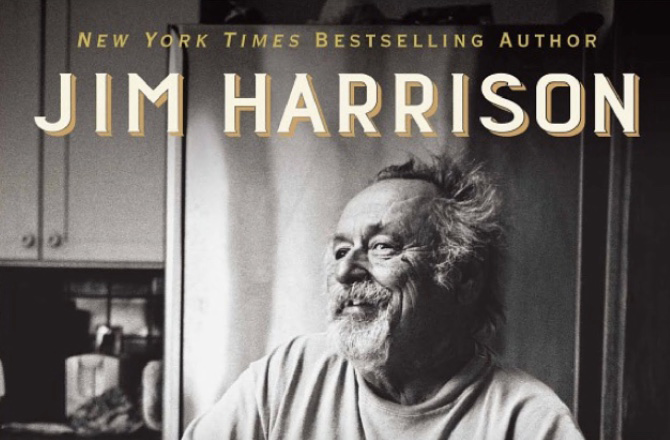 I would suggest simple moderation as an antidote, but after reading Jim Harrison’s “A Really Big Lunch,” I think the answer might be hedonism. This book of essays, published as a celebration of Harrison’s culinary life after his death in 2016, could restore even the most diminished appetite. It’s not simply that Harrison was a prodigious eater (though the titular essay describes a 37-course, 11-hour French lunch); his exuberance for all the finest things in life is a convincing argument for living extravagantly.

“In November in a twenty-four-hour period I ate an antelope liver and heart and the resulting sense of well-being was astonishing except for the goutish big toe of my right foot, which was a signal not to do this every day. Shortly after I set about making some English game pies.”

Harrison may have been best known for his fiction and poetry, but each short food-themed essay in this collection is completely inimitable. A total lack of fear or shame in the face of decadence imbues the reader with a similar (though impossible to equal) sense of enthusiasm. “Could it be that gluttony, alcoholism, and heavy cigarette smoking have ill effects on health?” He writes dryly. “I’ll look into this at a future point.”

His rich descriptions of the world’s most luscious dishes, coupled with an utterly indomitable spirit, could make anyone hungry for food and life. His reverence for certain food and wine is borderline religious, despite (or maybe because of) the fact that Harrison is an atheist. (“I would gladly contribute to any church that replaced its Communion wine with Côtes du Rhone.”

Because the essays span from the 1980’s until 2015, the reader is able to follow much of Harrison’s culinary lifetime. Toward the end, Harrison is forced to temper his appetite somewhat due to the wishes of his doctor. Together, they work out a system of checks and balances for Harrison’s hedonism—for every bottle of red wine drank, he must walk for two hours—and the facade of the all-consuming man begins to wear off. However, the writing never becomes self-serious or maudlin, and even feels more humorous for Harrison’s attitude toward aging.

Jim Harrison is an unlikely role model: “In Paris I gave a speech to a mass of students advising them to take drugs, drink as much as possible, and stay on strike forever.” Nevertheless, I found myself coveting his attitude to food and living. His struggles with the political climate, money woes, and the writing life never become self-pitying, as he knows that the best way to combat life’s contemporary ills is with life’s ancient pleasures. Though I may still grapple with the moral implications of the things I eat, I will never again feel any guilt for the second—or third—glass of wine.

We’re all headed for the same place anyway, so we might as well enjoy.

–-Hailey Grohman is a recent graduate of the UVM Food Systems program. Her research interests include food communications and media.