Shaun Riordan and his wife Lauren, owners of Grateful Morning Dairy in Shaftsbury, aren’t your traditional dairy farmers. They didn’t grow up on farms, or have backgrounds in agriculture. Shaun was a special education teacher before becoming a farmer, and Lauren is a midwife.

“We knew we wanted to involve agriculture in our life in some way. We were always looking for a way to do that,” Shaun says. “Education is a job you can do anywhere and so the thought was I could work in education and live in a rural area and have a small farm someday.” 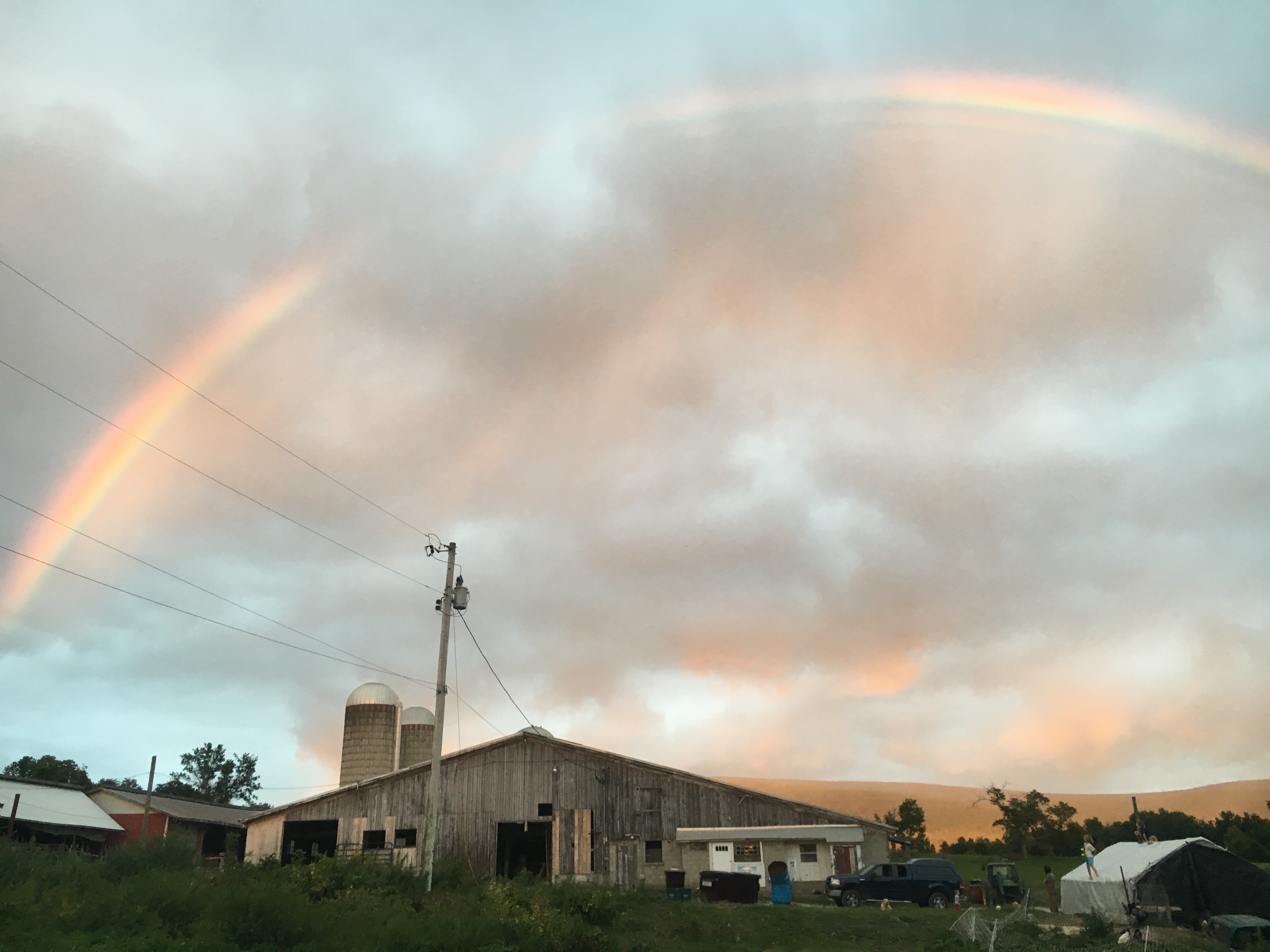 Shaun and Lauren were married in 2006 and were living in Connecticut. In 2009, they decided to move to Maryland to be closer to Lauren’s family as they began to start a family of their own, and had four children. Shaun got his master’s degree in special education and worked as teacher. It was a house they decided to rent that steered the course of their future in a whole new direction.

“We had a house planned to rent, but the day before we were set to move in, the lady told us we couldn’t rent it. So, we found another house the next day, and it happened to be next to a dairy farm,” Shaun says.

Shaun befriended the farmer and helped out on the weekends milking the cows, and worked full-time for him during the summer while school was on vacation.

The farm owner was in the process of building an ice cream stand and wanted to focus his time on that, and so he asked Shaun to run the day-to-day operations on the dairy farm.

“I really enjoyed it and fell in love with the seasonality of it and doing different stuff all the time, especially working with the animals and on the equipment. So, I left my job to start working full-time at the farm,” Shaun said. “It was a big jump and I was kind of crazy to go from a more stable position into a more difficult opportunity, but you have to do something you enjoy.”

Shaun continued to work on the farm until the landowner, which the farmer leased from, decided to convert the farm to residential development. Shaun didn’t want to give up his passion for farming and so he and his wife decided to search for a farm.

They found a farm that was close to Shaun’s family in New England—in Shaftsbury, Vermont—that had been conserved with the Vermont Land Trust. The conserved land was more affordable and secure because it could never be residentially developed. But, the farm which needed to be converted from a goat farm, needed a lot of work. In October of 2014, Shaun moved to Vermont. 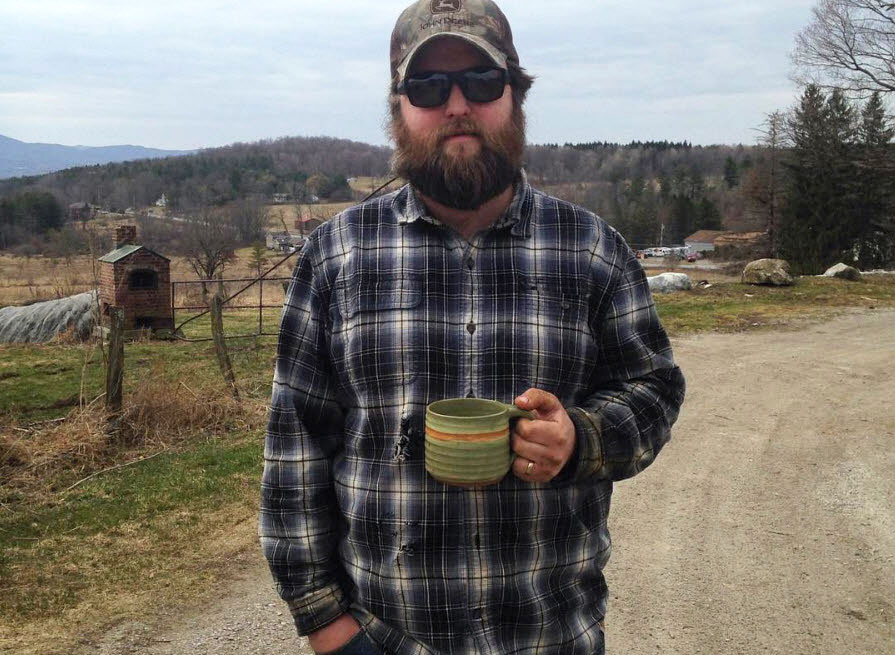 “I spent a year by myself working to get the house and the farm in shape for my family before they moved up—my Dad helped me and we upgraded all the electrical in the barn. We had to rebuild one barn because the roof collapsed the first winter we were here from the snow,” he says. “It was very hard in the beginning, there was very little fencing on the farm—we had a couple cow breakouts early on, we were running around all night trying to find cows in the woods.”

Shaun’s family joined him and they began milking about 50 cows in August 2015. Their milk is organic, and is shipped to Organic Valley.

“We rotational graze all our animals for as long as we can, twice a day. We feed them a little grain and the rest of their diet is the grass in the pastures. This farm is fairly hilly and has great southern exposure so the cows can get outside early,” Shaun says.

Shaun says that he’s not only grateful to have found a job he loves in the place he loves, but he’s had a lot of support from the local community.

“I ended up talking to people who found out I bought the place and they would say, ‘we’re really glad someone is farming the land.’ It’s the centerpiece of the town because Shaftsbury is small town,” Shaun said.

Shaun and Lauren’s four children are now ages two through nine-years-old, and they’re expecting their fifth child soon. He says it’s the ability to be present with his family that makes his job even more rewarding.

“When I was a teacher, I left before my kids woke up and got home when they were getting ready for bed,” he says. “Now, I see my kids all day and my wife works with me. We love what we do, at this point I can’t imagine doing anything else.”

He and Lauren named their farm Grateful Morning Dairy. Shaun says the meaning of the name can be found in the solitude he finds in the morning at sunrise as he looks out over his fields, while the rest of the world sleeps.

“It’s something a lot of people miss in life, and we’re grateful that we have that opportunity to do what we do,” he says.

Follow Grateful Morning Dairy on Instagram to get a peek into their life on the farm at @GratefulMorningFarm.

-Laura Hardie is a seventh-generation Vermonter from Waterbury and works as a public relations and communications specialist for the New England Dairy Promotion Board.