As Vermont’s current “Outstanding Dairy Farm of the Year” winner, Kirk Lanphear of Lanphear Farm has spent the past few months being what he calls “happy busy,” fielding calls and emails about the award. When he was asked to host an open house as the state winner, he was happy to oblige, but didn’t expect 340 people showing up in Hyde Park offering their congratulations.

Every year, one farm in each of the New England states wins the prestigious award that is managed by the New England Green Pastures Program committee. It all began in 1947 when the then Governor of New Hampshire said, “I challenge the other New England States to produce better pasture than New Hampshire’s and I bet a hat that they can’t do it.” 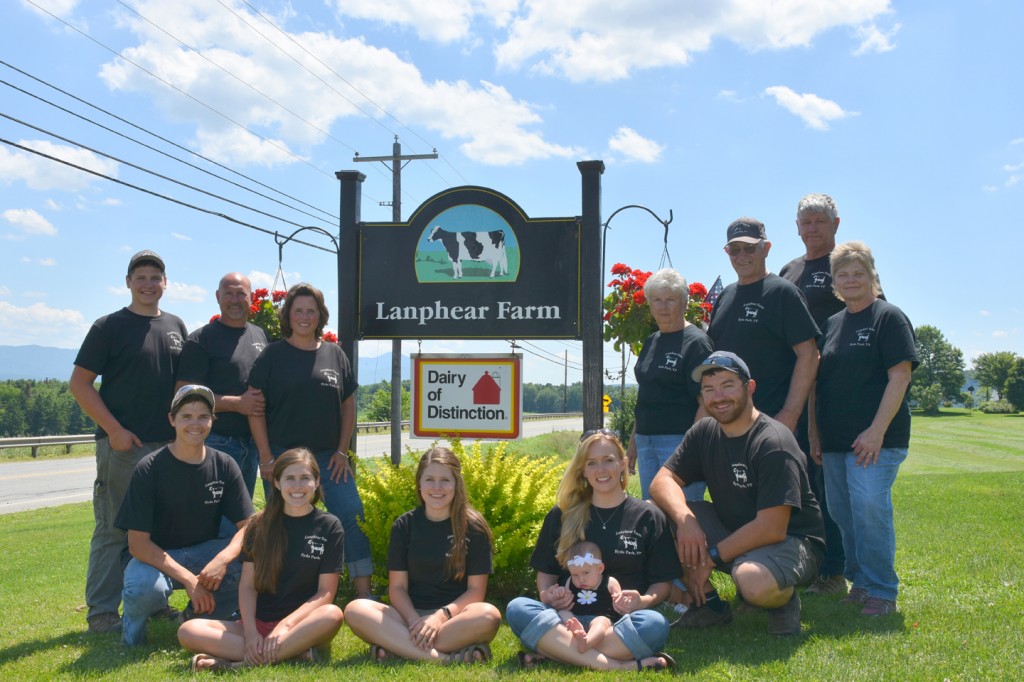 The winning dairy farms are recognized and selected for their production records; herd, pasture, and crop management; environmental practices; contributions to agriculture and the local community; and overall excellence in dairying.

The award is a true honor, Kirk says, but like the film star who takes the stage to accept an award, Kirk has lots of other people to thank, beginning and ending with his children.

Kirk and Katrina Lanphear have raised four children on the farm they bought from Kirk’s father, Russell Lanphear, back in 2007, and each one of them has contributed to its success.

Chelsea, 22, now a music teacher in Washington, D.C., fed calves starting at age 10; Carrie, 19, took over those chores from her big sister, and is currently in nursing school at the University of Vermont. Lucas, 18, is in the agriculture program at Vermont Technical College, but continues to help out on the farm, as does Keith, 16. A “fifth kid,” Skylar Poleio, a 10-year employee who the Lanphears consider a son, is also a member of the “farm team.”

Asked how he feels about being an award-winner, Kirk points to his kids as the secret to the farm’s success. “I realize a lot of people like the glory of it all,” he says. “And I did enjoy these past few months, but I really enjoy seeing the kids do what I’ve done for 20 years. I get more satisfaction watching them work the business than I get doing it myself.”

With 450 cows to milk in a double-16 parlor twice daily, Lanphear Farm is in constant motion. Milk is shipped to the St. Albans Cooperative and has won numerous awards for high quality milk production, including the co-op’s annual quality recognition award for 23 consecutive years.Conservation practices include soil testing each year, and strict adherence to conservation guidelines, including creating buffers to prevent nutrient run-off from fields into nearby waterways. 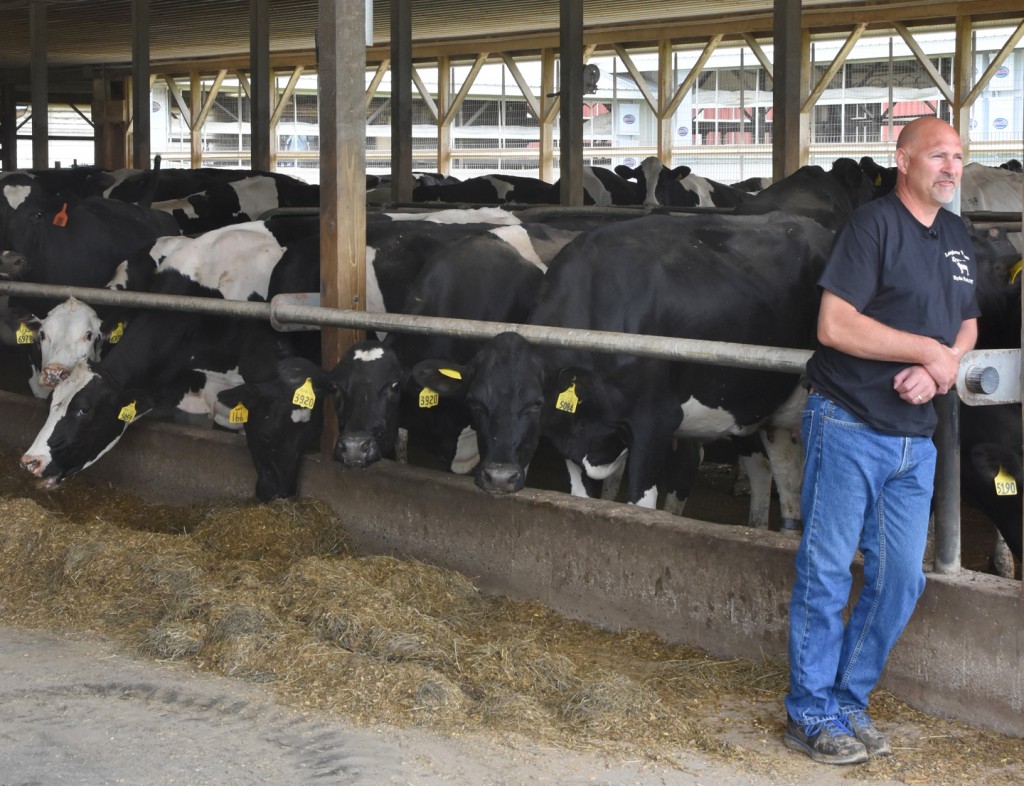 But a farm is only as good as the folks running it, and the Lanphear family is as committed to the farm as they are to each other.

“I’ll give you a recent example,” says Kirk. “Lucas called me from the barn at 1:30 in the morning, after basketball practice and told me, ‘Dad, just sleep in.’ We had a few animals that needed treatments, and he went ahead and did what needed to be done.”

Teaching his children how the farm operates, maintaining equipment, how to handle finances, what to do and when to do it—Kirk will admit “it’s a learning process, and it wasn’t always rosy.” When Luke was mowing a field and his dad warned him about that large rock, Luke accidentally forgot the hazard and bashed up the mower. “He didn’t want to mow after that. And I said, ‘Yes, you are.’ We fixed that mower and he was back on it.”

That work ethic may be part genetic and part luck, says Kirk. “This morning, Luke, Keith, Skylar and I were in the barn, trimming the hooves of 16 cows, in temperatures below zero, and that was before the boys went to school.”

Earning the Outstanding Vermont Dairy Farm of the Year award may reflect well on Kirk and wife Katrina, but pointing to his children, this modest award-winner will tell you, “We couldn’t have done it without them.”

-Laura Hardie is a seventh-generation Vermonter from Waterbury and works as a public relations and communications specialist for New England Dairy Promotion Board.