Anne Tisbert is a farmer, entrepreneur, tour guide, and mother.

At Valley Dream Farm, which she purchased with her husband, Joe, in 1992, she rises early each day to tend to organic produce—red beets, sugar snap peas, rhubarb, and tomatoes—that grow in the shadow of Mount Mansfield in Cambridge.

As any farmer knows, survival is a challenge. The family first ran Valley Dream as a dairy farm and later shifted gears to become a certified organic produce farm. Not long after making the switch, the family was supplying vegetables to local restaurants, running a CSA and farm stand, and offering a pick-your-own flower field.

Four years ago, Anne saw another opportunity to raise the farm’s visibility and diversify. She started “On-the-Farm” weekly dinners on the barn’s rustic front porch. The dinners, which feature local chefs from the area, are open to the public Tuesday nights between June and October.  At a recent dinner, Topnotch Resort chef Cortney Quinn prepared a seven-course meal to about 40 guests using produce from Valley Dream Farm and other local products. 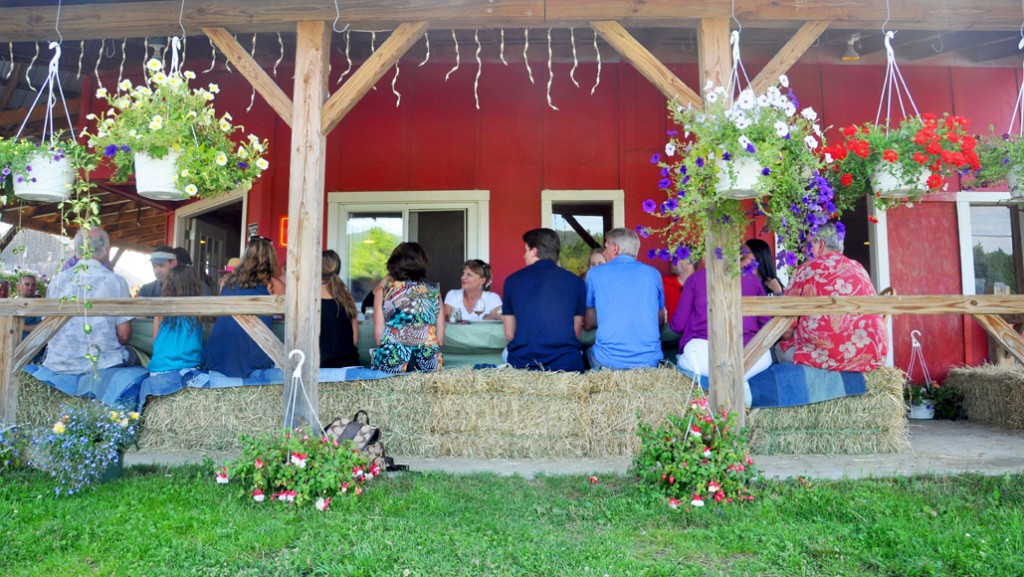 The idea for the weekly dinners began when someone first suggested that Anne should host a farm-to-table dinner.

“At first I declined, because I didn’t think I could do one more job on this farm,” Anne recalls. But when it occurred to her that she could hire a local chef to do the cooking, she changed her mind. “I started planning the first dinner and (my husband) Joe said, ‘We are not doing this.’ When the date got closer, I told him he just had to show up with a clean shirt for dinner.”

The Ups and Downs of Life on the Farm 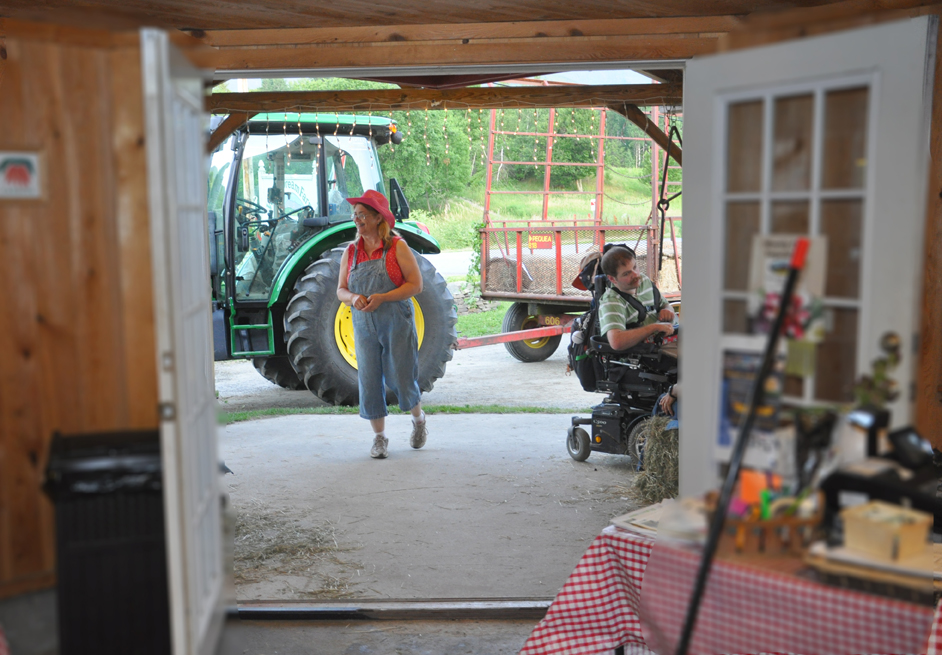 Anne and her son, Jay.

Since then, word has spread about the dinners at Valley Dream Farm. The dinners draw locals and visitors from Jeffersonville, Underhill, Stowe, and beyond. The event kicks off with a one-hour tractor ride around the farm’s fields with Anne acting as tour guide. She talks about the farm’s history, life in a small town, and the challenges they’ve faced over the past 24 years since moving from Massachusetts to Vermont.

After purchasing the farm more than two decades ago, the family was milking 90 head of registered Holsteins, she explains. But falling milk prices forced the family to sell their cows and find work off the farm at two to three jobs just to make ends meet. Family medical problems compounded their struggle. A rare tumor initially robbed their son, Jay, of speech, sight, and movement for months when he was just 16, and he remains in a wheelchair today. But Anne proudly points out that when Jay’s communication ability returned, he went to college to study horticulture.

Her favorite part of the farm dinners? Meeting visitors and mingling with old friends. “I enjoy the interaction with our guests and educating them on simple farming techniques. In the old days, everyone farmed and everyone’s grandparents grew their own food,” she says. “I like to give guests growing tips for the gardens and information for the curious.  Of course, there is nothing like the flavors the come when you have a chef prepare a meal of the freshest vegetables picked right here on our farm.”

**If You Go: Valley Dream Farm is located at 5901 Pleasant Valley Road in Cambridge. Dinners are held Tuesday nights from 5-8 pm between June and October. To make a reservation, call 802-644-6598. For more information, visit valleydreamfarm.com.