Charlotte Biltekoff on Transparency, Dietary Reform & the Future of Food 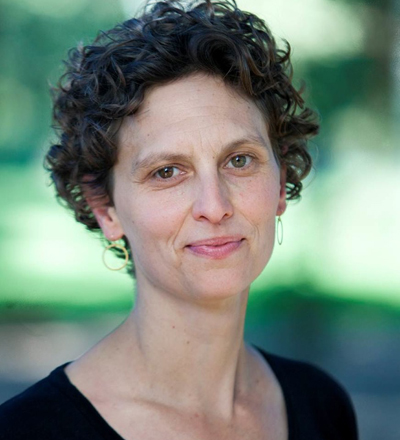 Charlotte Biltekoff is an associate professor of American Studies and Food Science and Technology at the University of California, Davis. Her research focuses on the cultural politics of dietary health and the values and beliefs that shape American eating habits.

Charlotte will be a keynote speaker at the 2016 UVM Food Systems Summit on June 14-15. We talked to her about dietary reform movements, transparency, and the meaning of “good” food.

Your book, Eating Right in America, traces several dietary reform movements in the United States to examine how cultural values shape what we tell people to eat. This really connects with the Summit’s core question, “What Makes Food Good?” So, how is “good” food, the kind pushed by dietary reformers, a reflection of American cultural beliefs?

My research for Eating Right in America looked at four dietary reform movements: two historical (the turn-of-the-century domestic science movement and the World War II era’s National Nutrition Program) and two contemporary (the mainstream alternative food movement and the campaign against obesity). I found that despite significant differences in how each of these reform movements defined “good” food, they were motivated by shared assumptions about the significance of “eating right.” In each of these cases, concerns about the population’s eating habits were linked to broader social concerns, and dietary advice both reflected and conveyed social ideals. More specifically, I found that ideas about “good” food in each of these movements expressed what it meant to be a good person and, in particular, a good citizen. Both dietary ideals and social ideals have changed a lot over the course of the last century, but I found that the relationship between them has remained the same.

In the book, you draw parallels between late-nineteenth-century dietary reformers in home economics and more-contemporary leaders in food systems, such as Michael Pollan and Alice Waters. Though their messages have differed, their aims to create informed and disciplined citizens are similar. According to these movements, what makes a good eater?

My research for this book was actually motivated by an experience I had in the mid-1990s when I was working as a cook at Greens, a vegetarian restaurant in San Francisco, and becoming increasingly immersed in the ethos of alternative food as espoused by Alice Waters. I happened to be reading Perfection Salad, a book about turn-of-the-century dietary reformers, and I was utterly shocked and totally captivated by the similarities between these two movements. They were separated by 100 years and oriented around completely opposite ideas about what exactly constituted “good” food.

Nonetheless, these two movements were motivated by very similar beliefs about the meaning of eating right and the social role of dietary reform. They were both motivated by the belief that teaching people to eat right would improve their morality and character and help address some of the most pressing social problems of the day. They both believed that the public schools had a critical role to play in cultivating good eaters because of their mandate to train good citizens. They both understood what makes a “good” eater through the lens of emerging cultural notions of good citizenship (informed by progressive ideals in one case and neoliberal ones in the other). And in both cases their ideas about “good” food and “good” eaters reinforced existing, but unstable, class hierarchies.

Efforts to demand greater accountability and authenticity by food manufacturers have impacted the food system immensely—General Mills’ recent decision to label GMOs in their products is an example. In your recent article on transparency efforts by food companies such as KIND, you declare that “transparency is a myth.” Is transparency just a marketing ploy, or can we really know what’s in our food?

I think that taking seriously the question of “what makes food good” is actually essential to being able to answer this question about the promise and limits of transparency. The question of what is really in our food seems like a fairly straightforward and perhaps even empirical one, but once you look a little closer, you begin to realize that it’s really a question about values and politics. It’s about the kinds of questions about food that matter. When we ask, “What is really in our food?” are we talking about nutrients? Ingredients? Pathogens? GMOs? Pesticide residues? Microbes? Pain and suffering of humans or animals? Fossil fuels? Corn derivatives? The list goes on, but my point is that how we delimit the scope of purview of “transparency” is a matter of values and worldview. It’s important that we debate and dialogue around these questions (as we will be doing at the Summit in June!), and I caution against accepting the notion that transparency has a fixed, stable, or universal meaning and that its promise can be achieved in some ultimate way.

More broadly, your research engages with how beliefs and values are manifested through food practices and production. How do you see the future of our food system evolving as our cultural values shift?

I am really interested in the question of the future of food right now, and I appreciate how you frame this question in relation to shifting cultural values. Too often I find that debates about what the future of food should look like are deeply polarized and, frankly, dysfunctional because opposing sides fail to address the role that differences in values and worldview play in shaping points of view on the production and consumption practices that constitute “good” food. There are a lot of solutions to future food challenges being generated these days—from CSAs and rooftop gardens to synthetic meat and high-intensity indoor agriculture. I’m not sure I want to take a stand on how the food system will evolve in relation to the many challenges and opportunities, but I do want to make a plea for a conversation about the future of food that (1) acknowledges the limits of facts in a debate that is so very much about worldview, (2) seeks to understand rather than limit or discredit multiple points of view, and (3) takes a radically multidisciplinary (even antidisciplinary!) approach to thinking about food futures.

Finally, in your opinion, what makes food “good”?

I love the complexity of food’s goodness, and I suppose I see myself as a champion for that complexity, constantly resisting the propensity to delimit goodness in a way that denies or obscures the social, cultural, and political stakes.

Charlotte Biltekoff  will be a keynote speaker at the UVM Food Systems Summit on June 14-15 at the UVM Davis Center.  For more information or to register, visit uvm.edu/foodsystemssummit.