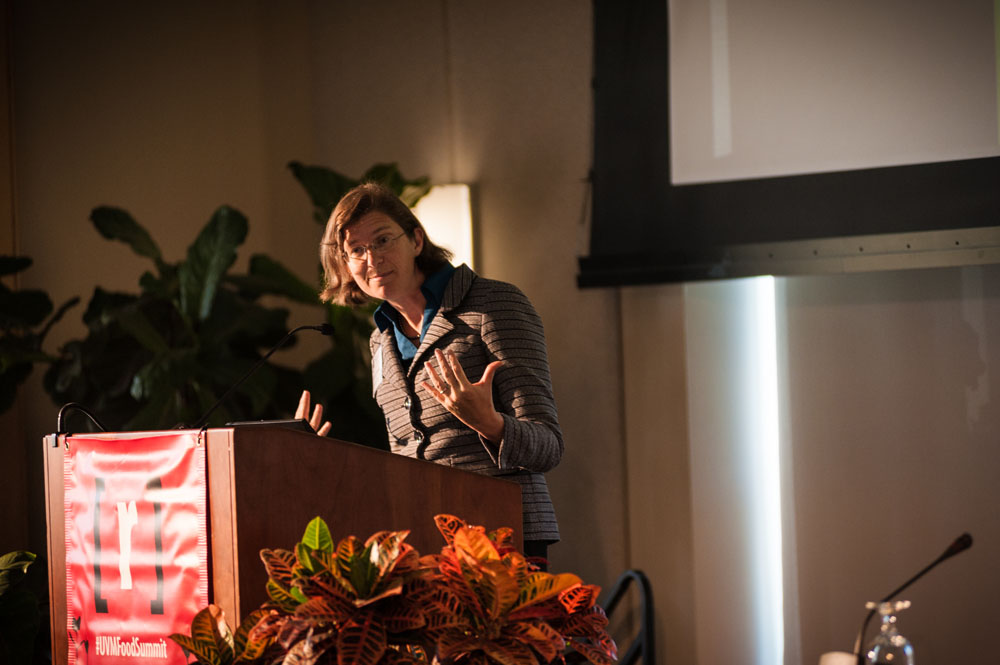 The production of food as an industrial commodity does not play by the rules of the free market. Many of the largest agricultural and fishery producers and processors in the United States and Europe receive subsidies that are good for their profit line, but questionable for the environment. In 2014, Olivier de Schutter, the Special Rapporteur for the Right to Food, offered a valuable definition for “the Right to Food” in his report to the UN Human Rights Council. He wrote: “The right to food is the right of every individual, alone or in community with others, to have physical and economic access at all times to sufficient, adequate, and culturally acceptable food that is produced and consumed sustainably, preserving access to food for future generations.”

His definition is ground breaking from a policy perspective because he recognizes that food must be both “produced and consumed sustainably” in order to satisfy the right to food. It is not enough to produce tons of corn, wheat, and beans, with no regard for addressing the environmental costs of existing food production, even though the tons of commodity production may reduce hunger. His report is a declaration that quality of food production matters. Part of achieving high-quality food production means avoiding, or at least mitigating, for environmental impacts. The environmental impacts of existing mass food production are extensive. For example, 30 to 40% of nitrogen fertilizer applied to crop fields seeps into ground or surface water, with losses of 70% on the margin. A 10-year study by the US Geological Survey found pesticides in many of the streams and samples of groundwater within the US, often at concentrations deemed harmful to aquatic life and those who consumed the aquatic life. According to US fisheries data, somewhere around 17 to 22% of the marine fisheries’ catch is discarded back into the sea.

Why all this pollution and waste? Part of the answer is a result of what States have chosen to support with public financing. In China and India, national fertilizer subsidies are contributing to eutrophication, because farmers are profligate with their use of fertilizers. While education of individual farmers may go a long way to reduce some of the water pollution and waste with over-application, rethinking subsidies will go even further. Producing food sustainably to achieve the right to food does not require exclusively organic production, but it will require a shift from “green revolution” mentality that quantity matters more than quality.

States can and do reform their subsidy policies. For many years, the US offered subsidized crop insurance irrespective of the practices of individual farmers. The 2014 Farm Bill finally relinked the subsidies for crop insurance to a requirement to develop conservation plans for high-erosion areas and reduced subsidies for parties that convert native grasslands into croplands. While this is not an extensive rewriting of the subsidy policies, it is at least a start to linking the inherent right to food with a right to a healthy environment.

Subsidies are not inherently bad. Government can strategically assign subsidies to achieve transformations that are risky for the existing market. Why shouldn’t the US financially support farmers experimenting with agroecology at medium and large scales to facilitate a broader transition to sustainable production methods? Our existing subsidies have produced more than enough beans and grain across the landscape. This has had unintended consequences on our health and the health of America’s farms. Perhaps it’s time for new subsidies to produce food that feeds our soul as well as the soil.

Anastasia Telesetsky was a presenter at the 4th annual UVM Food Systems Summit.

Videos of the talks will be available on the UVM Food Systems YouTube channel in the coming weeks.