Raj Patel on Gender Inequity in the Food System 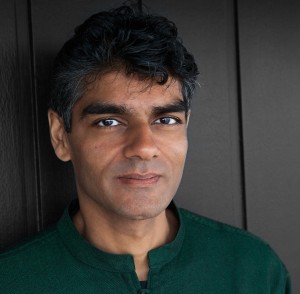 Raj Patel is an award-winning writer, activist and academic. He is a Research Professor in the Lyndon B Johnson School of Public Affairs at the University of Texas, Austin and a Senior Research Associate at the Unit for the Humanities at Rhodes University (UHURU), South Africa.

Patel will be a keynote speaker at the UVM Food Systems Summit on June 16-17.  We talked to him about gender displacement in the food system, the World Bank, and the Generation Food project.

When it comes to food and women’s rights, gender plays a key role in food insecurity and malnourishment. Of those undernourished, 60 percent are women or girls. Meanwhile, women make up 43 percent of the agricultural workforce, more often producing food for domestic consumption than export. They are discriminated against in issues ranging from land tenure to wages to access to technology.  Within the food system, power is concentrated in the hands of a few corporations, and the concentration of power has gendered consequences. Can you talk more about how women’s knowledge is excluded?

Raj Patel: Women and girls are disproportionately disempowered through current processes and politics of food production, consumption, and distribution. This isn’t an accident. Capitalism’s gendered division of labor removed women from the workplace, prohibiting women from teaching, healing, and engaging in science for centuries.

Even though the barriers to women’s participation in the workplace are being dismantled, we’re very far from equality. The average wage is 78 cents on the dollar in the U.S., and worse elsewhere. That process isn’t natural. It was created and built through history for women to be excluded from the workplace and only to be brought in during certain times, such as war.

Also, take food service workers in the United States. There is a predominance of women in precarious jobs who rely on tip work. Serving meals in restaurants is work that is desperately underpaid – and predominantly women are working in the food service industry. The gender issue in food systems is not just about women working in the fields. It’s a systemic problem.

In a paper you co-authored in 2014, “Food Sovereignty as Decolonization,” you talk about how European colonization of North America attacked Indigenous women’s roles, status and knowledge of food. Women held immense knowledge about harvesting, use, stewardship, processing, and promotion of medicinal plants. Women have not always been traditionally in the home, so to speak. How were women displaced?

Raj Patel: The European colonization of North America attacked Indigenous women’s roles, status and knowledge of food. Prior to colonization, women held an enormous amount of knowledge and sophistication about the harvesting, use, stewardship and promotion of medicinal and nutritive plants.  With colonization came a shift where men moved from hunting to farming, and assumed the principal role in cultivation and harvesting. Forced relocation onto marginal reservation lands and enclosure of the land base made women’s knowledge of plants impractical, since harvesting areas were rendered inaccessible or destroyed outright.

When there are people to say there is such a thing as static, fixed tradition, those people are wrong. Tradition isn’t fixed, it’s always been fought over. Feminists are fighting for recognition of gender equality in first nations and in other parts of the world. In the domain of food, for instance, Winona Laduke has blazed a trail, one now walked by women like Valerie Segrest. Their work shows how conversations around food can also be conservations about women’s rights.

You once worked for the World Bank and later protested against them around the world.  What role has the World Bank played in gender inequality in the food system?

Raj Patel:The World Bank has long been involved in food and farming systems. The World Bank’s in­fluence on agriculture since the 1980s has meant that government spending on agriculture has fallen in line with the bank’s own aversion to supporting agriculture.  It has also produced gender bias as agroindustry tends to code female tasks as unskilled, with women employed for labor intensive tasks while men are preferred for tasks involving machinery, and are generally given preference in the distribution of full time and supervisory roles.

As a result of this systematic discrimination, women earn less than men and are more likely to be paid at piece rate, following the World Bank’s advice. Women’s exploitation is linked directly to trade liberalization and associated policies imposed by the World Bank.

Women in agriculture, being the poorest, suffer more than their urban counterparts. The effects of patriarchy are magnified by the World Bank through its household level analysis, which pays scant attention to the issues of division of labor and power within households, and which therefore involves burdens placed on the household being disproportionately borne by women.

Ultimately, the World Bank’s approach to gender is to add women and stir. It’s the same with the Gates Foundation. After the financial crisis in 2008, the Gates Foundation offered access to seed and fertilization as a way for men to return to farming. Through patriarchal control of finances – debt, repayment – you have to tilt toward who controls the purse strings. The purse strings are controlled by men.

What work needs to be done to change inequality in the food system?

Raj Patel: I’m working on new book, documentary and multimedia project called Generation Food.  We want to show how ordinary women and men around the world are overcoming obstacles and “setting the table” for themselves, their communities, and generations to come. Generation Food is our way of sharing the resilience and wisdom of these communities online, on screen, on paper and in person. One of the stories follows the Soils Food and Healthy Communities project in Malawi, which has found a way to fight malnutrition through women’s empowerment in Malawi.

In Malawi, 90 percent of women work part time, and women are paid some 30 percent less than men for similar jobs. Women are also burdened with care work, especially in a country ravaged by HIV/AIDS. Even if they own land and have access to the same resources as men, women find themselves torn between the demands of child and elder care, cooking, carrying water, finding firewood, planting, weeding, and harvesting.

There is no magic technology here that will just bring women’s empowerment. A lot of this is about feminist organizing and challenging patriarchy. It’s about hard conversations and transformation. Gender equality isn’t something you can just wish, it has to be fought for.  Making and seeing it happen are really about making the conditions right, and I think that’s what is missing from the food policy conversation.

Raj Patel will be a keynote speaker at the UVM Food Systems Summit on June 16-17 at the UVM Davis Center.  For more information or to register, visit uvm.edu/foodsystemssummit