Yesterday I went to get my snow tires put on at our local tire place. And in order for you to continue reading, I want you to know I’m aware that the errand is two months overdue. As I entered, I was greeted by a bank of tire changers: four young men sitting on stools behind an L-shaped counter. It was a slow day, and they seemed happy to have a customer. They all wore dark-colored hoodies, jeans, and if I remember correctly, baseball caps. They appeared to be in their early thirties and Vermonters. As one punched in my information, I noticed the tell-tale, indelible grease under the fingernails of someone who worked on cars.

It was the usual neat but uninspiring room, with dark paneling and eight metal chairs surrounding a coffee table covered in worn car magazines. The flat-screen TV was stuck on a repeating preview of a movie with Mark Ruffalo and the guy from Social Network, something Eisenberg, I think.

I sat down and immediately pulled out my phone to answer emails. My seat was off to the side, so the four guys at the counter couldn’t really see me and seemed to forget I was there as they joked and talked about who had the fastest car, mileage, RPMs, etc. I zoned them out, until they shifted the conversation to a new “hipster” arcade that had just opened a mile or so down the road. The conversation was animated. “I went after work yesterday and it was loaded with hipsters,” one guy said. Another, who’d gone with him, said, “It had the usual hipster food. Small portions, organic, and expensive.” The all went quiet. “I’m sick of those kinds of places,” he said. “Hipster food, no HMOs, and local.”

I sat there and felt bad. Here I am thinking the food movement was something most Vermonters embraced. I believe in knowing where my food comes from and in supporting our local economy. I hated the fact that these hard-working guys condemned what I believed was important to us all. I felt like an elitist and cringed at their perspective. Then the guy who was talking got up to go change some tires. When the door was safely shut behind him, there was a moment of silence before one of the remaining three guys said quietly, “What a douche. HMOs? Really?” They all laughed. Then he said, “I eat organic. I eat kale almost every night. I fry it up with onions. It’s really good.” Then they all chimed in about what they liked to cook and eat, about the places they like to buy food, and about some farmers they know. They talked about food for a few minutes, and as quickly as the topic had erupted, the conversation shifted back to car talk: the low clearance on one of the guy’s souped-up car he races. 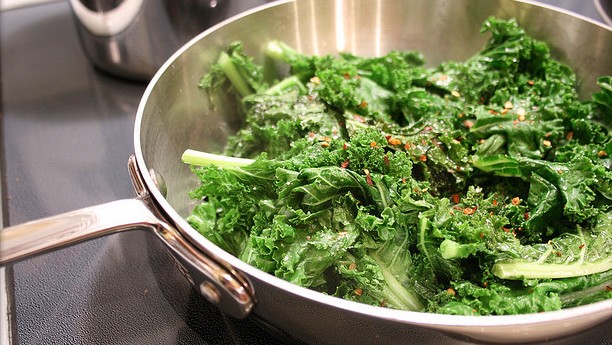 When I got up to leave, I asked the remaining three what the name of the arcade was they were talking about, and after they named it, they all said they might go there again, but just for one drink and a little food before going to a place where they could really eat and drink. In the car, I thought about what they’d said and the words they used to say it, and I realized I agreed with them.

I’m often called a “foodie” because I cook and teach about the stuff, but in reality, I don’t like the pretentiousness, either. I don’t like what’s stereotypically associated with caring about food and how it’s grown. If I never read another article by people who, at their root, don’t really understand what it means to grow, cook, and eat simply, I’ll be just fine. As I drove out of the parking lot, I thought about the word “douche” and quietly thanked the guys at the tire place for keeping it real.