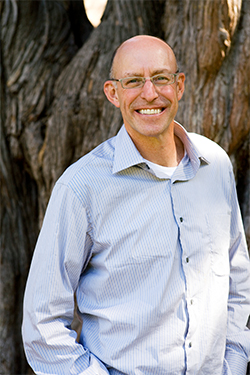 Each year the University of Vermont chooses a book that all first year undergraduates are expected to read. This year they chose Cooked: A Natural History of Transformation, by Michael Pollan, a book I reviewed a while back. If Michael Pollan is anything, he’s certainly an excellent storyteller. As part of the curricula associated with Cooked, several groups teamed up to bring Michael Pollan to campus for a question and answer session and book signing this past Thursday evening, and I was lucky enough to attend the event.

The questions asked of Pollan were grouped broadly in three categories, the first of which centered around the author’s process of writing Cooked.  The second group centered around a central theme of Pollan’s writing, humanity’s relationship with nature. Although I’ve read a few of Pollan’s books I hadn’t caught this as a central theme, but in hindsight it makes perfect sense. Food remains, for many people, their last remaining connection to that abstract, distant thing called ‘nature’. Eating represents the process by which we take nature, which is ‘out there’, and turn it into us. The precise methods with which we do this define us, as individuals and as a species. 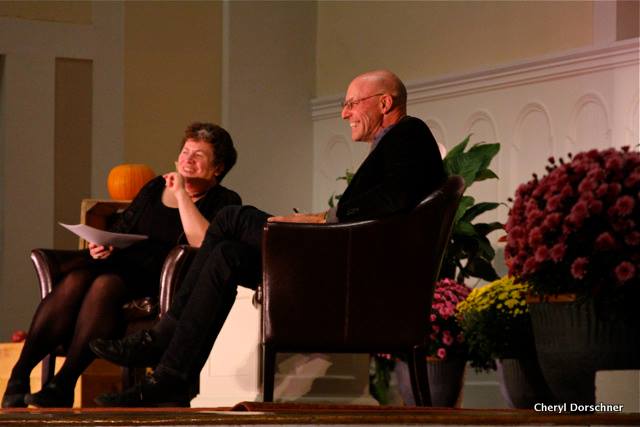 The final set of questions dealt with food systems more generally, and this is where the question I submitted fell. Paraphrasing, I noted that most people have grown accustomed to cheap food, and many with lower incomes depend on it. Because of higher production costs, locally produced, higher quality food tends to cost more than mass-produced food, even when the latter is more heavily processed and shipped long distances. What, then, is the future of the local/quality food movement if it can’t produce food at a price most can afford? 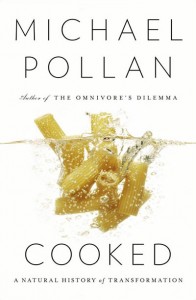 Pollan’s answer was an honest one, if somewhat grim. After decades of government agricultural subsidies and overproduction, cheap food’s been ‘baked in’ to American culture. Keeping food cheap is not only politically expedient, it’s necessary. Witness, for example, the Arab Spring and its intimate connection to rising food costs. Unfortunately the agricultural practices required to keep food cheap are unsustainable over the long term, for many reasons, and because sustainably produced food would naturally cost more it will remain politically untenable.

These acknowledgments led to what I found to be Pollan’s most insightful comment of the evening: we’ll never fix the food system by attending solely to the food system. If we want to fix the food system, acting within it is necessary, but not sufficient to bring about a desired end. While this reality might itself be politically inexpedient, it rings solidly true for those of us who study and teach the subtleties of complex systems, which food systems most certainly are.

I enjoyed Pollan’s visit, and I look forward to some interesting discussions when my classes next convene. Thanks to Michael Pollan for stopping by, even if only briefly, and thanks to all those who invested time and resources to make his visit possible.