For over a decade, I have been involved in conversations with folks about our contemporary food system. When our food talk turns to changing how our food system operates, we often end up talking about which is more important, the push (growing and processing food) or the pull (purchasing and consuming food). A ‘push-pull’ dynamic makes good sense when thinking about food as a market commodity, items to be sold and bought in grocery stores, farmers’ markets, and other retail outlets. Lately, though, the notion of “voting with your fork” comes under criticism. Such change relies on tweaking individual choices (buy your pickles at the farmers market not at WalMart) rather than addressing what drives us to be primarily passive consumers in the first place. 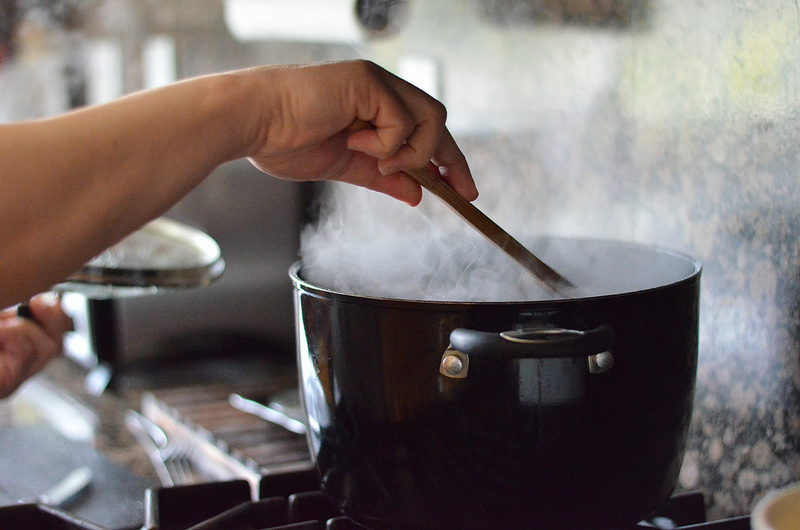 Lately, activists, journalists, and scholars have started to look at cooking as a pivot between the “push” and the “pull” of production and consumption choices and a site where values and practices can be transformed. Looking at cooking makes sense because the way we cook responds to the way we grow, process, and eat food. In the United States, there are certain undeniable trends: we spend more money on food prepared outside the home, we spend less time each day preparing a meal, we eat fewer meals at home, and we have more diet related disease issues. Brian Wansink, Marion Nestle, and others have convincingly demonstrated that our saturated food environment, both in and outside the home, creates a multitude of opportunities for making choices about food consumption, choices that often are deleterious for individual and environmental health and wellbeing. Wansink has estimated the average American makes two hundred and fifty choices a day when it comes to what food to eat, when to eat it, where to eat it. And “mindless eating” may characterize our values and practices, and addressing this may be a leverage point for change.1

But does mindless eating make us a nation of ignorant cooks? The first task, it seems to me, is to analytically separate cooking practices from eating patterns. Cooking happens. Every day. By people. At the same time, domestic cooking in contemporary America is more episodic, less clearly linked to gendered obligations, differs from meal to meal, and is more variable in ingredients, techniques and methods than it was in the past. The emergence of new styles of domestic cooking practice, however, is not directly linked to mindless eating. For example,  if domestic cooking and eating habits are left as strongly associated, the increased consumption of food produced in public domains (thus outside the domestic sphere) could be interpreted as providing a completely new type of paid labor, a version of the emergence of new 21st century jobs such as software programmer, TSA agent, or call center customer service.

However, this is not the case. A long legacy of compensated labor for food work predates the emergence of our saturated food environment: domestic servants. Since the earliest days of the founding of the nation, slaves and new immigrants worked as domestic cooks for more wealthy families, preparing the everyday meals needed. And domestic cooking has always been strongly associated with women, even if men, women, boys and girls all sat down to eat the prepared meal. The skill and knowledge related to cooking has never really been a universal practice: class, race, and gender have long differentiated cooks from non-cooks. The deep and broad connection of cooking to gender has been primarily associated with social ideals of domestic duty and obligation rather than monetary remuneration and professional reward.  But our ideals may not reflect our realities. 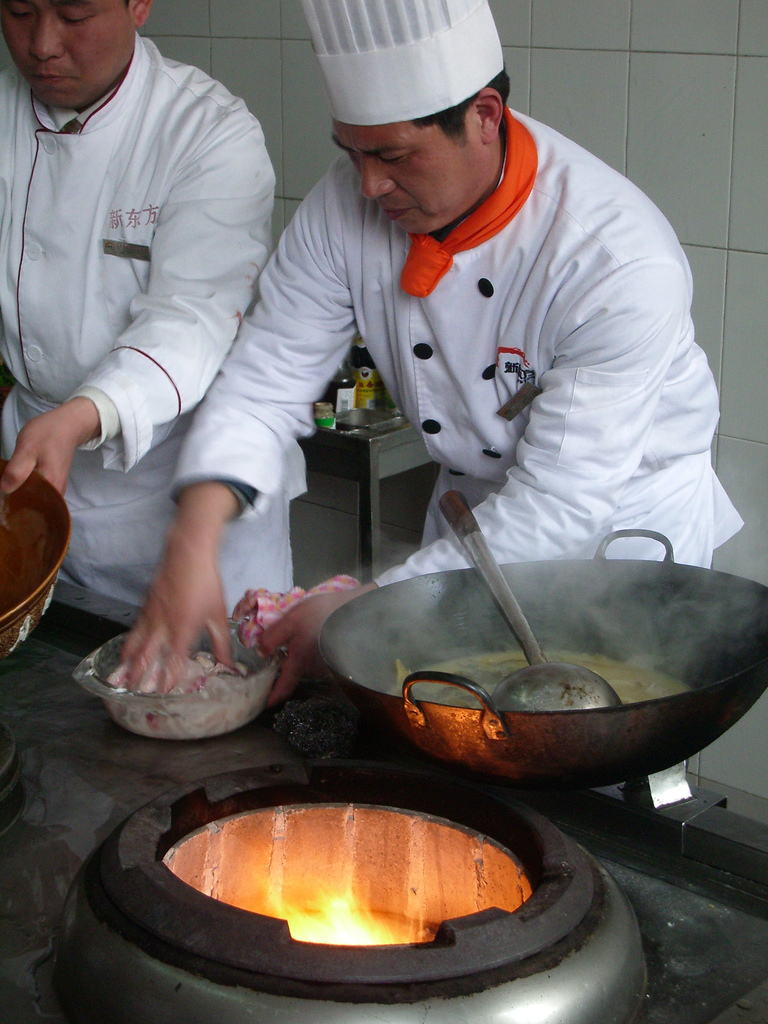 Cooking as a practice has expanded in both deed and word. In industrialized nations, the overall trend during the twentieth century has been towards more and more of individual food dollars spent on food prepared outside the home. During the 1930s, Joseph V. Horn and Frank Hardart transformed their lunchroom into a series of twentieth century automated “waiterless” restaurants where the food was  brought in from a central commissary kitchen and transported to various sites, meeting the needs of office workers and laborers with only thirty minutes to eat lunch.2 Some of the middle-class women writing fan letters to Irma Rombauer, author of The Joy of Cooking, in the 1940s and 1950s wrote about their new need to learn how to cook since their households no longer employed domestic servants. In all these cases the task was to feed self and family but in each case the everyday solution was different. During the twentieth century, the constantly expanding possibilities for having other people cook frayed the tether between women, domesticity, and cooking. This is not to say there remain no ties that bind. Decisions are made every day in families (still primarily by women), about the meals that lie ahead. Now, sometimes, but not always, do these decisions involve household members engaging in the productive labor of cooking.

If we want to identify leverage points for change in the food system, the moment when food is transformed from the raw to the cooked deserves to be looked at more closely. However, let’s make sure to include all the folks who are actually doing the cooking every day, those who cook for duty, for love, and for a wage. When we imagine a new food future, let’s also not rely on outdated assumptions of an idealized domesticity where women do the majority of the work when we seek solutions. Perhaps we need to imagine the cooking knowledge and skill of the future to be portable and for all people, available to boys and girls, to rich and poor, to laborers in commissary kitchens and single mothers in cities, allowing us all to be active agents and not passive consumers in our food system. To me, that is change worth fighting for.