A Changing Climate: Is the political tide turning?

Today’s post is a bit of a tangent from the usual food topics on which we publish, though it is rooted in the topic of global sustainability. On Monday, I witnessed a moving political event in Massachusetts, when I attended the trial of Jay O’Hara and Ken Ward, who were being charged on 4 counts as a result of a direct action they undertook last year called the Lobster Boat Blockade. On May 15, 2013, Ken and Jay anchored their small white lobster boat the Henry David T between the coal ship the Energy Enterprise and the Brayton Point Power Plant in Somerset, MA, successfully preventing the delivery of 40,000 tons of mountaintop removal coal for an entire day.

The motivation for this civil disobedience was based in their belief that direct action to prevent fossil fuel emissions is necessary due to the failure of our political system to enact sufficient policy to address the mounting evidence of anthropogenic climate change. 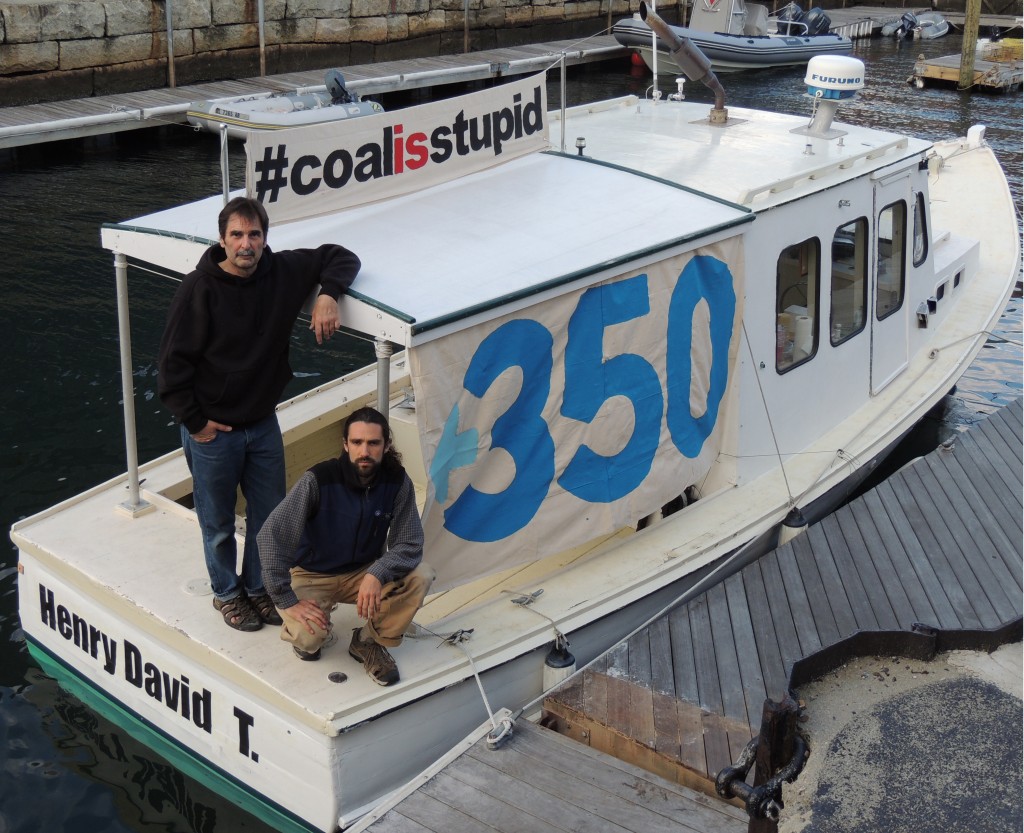 As a result of their action, Jay and Ken were charged with conspiracy, disturbing the peace, failure to act to avoid a collision, and negligent operation of a motor vessel. They were set to go to trial this past Monday, September 8, and Tuesday, September 9. (Before I go on, I’ll mention, in full transparency, that Jay has been a long-time friend of mine and that I supported some of the organizing efforts around the trial.)

At 8:00 AM on Monday morning, I, along with over 100 climate activists, showed up in Fall River, MA, prepared to settle in for 2 days of a trial that would include testimony from expert witnesses Bill McKibben and James Hansen.

In an unexpected turn of events, the district attorney prosecuting the case, Sam Sutter, dropped the criminal charges against Jay and Ken. Directly afterward, an even more unexpected event occurred. Sutter walked out of the courthouse and read a statement from his office, explaining that the decision to drop the charges was motivated by a deep concern about climate change as “one of the gravest crises this planet has ever faced” and his feeling that political leadership on the issue has been “gravely lacking.” He held up Bill McKibben’s article in Rolling Stone, told the gathered crowd that he had found Jay and Ken’s action inspirational, and went on to say that he would be in New York City for the People’s Climate March on September 21. 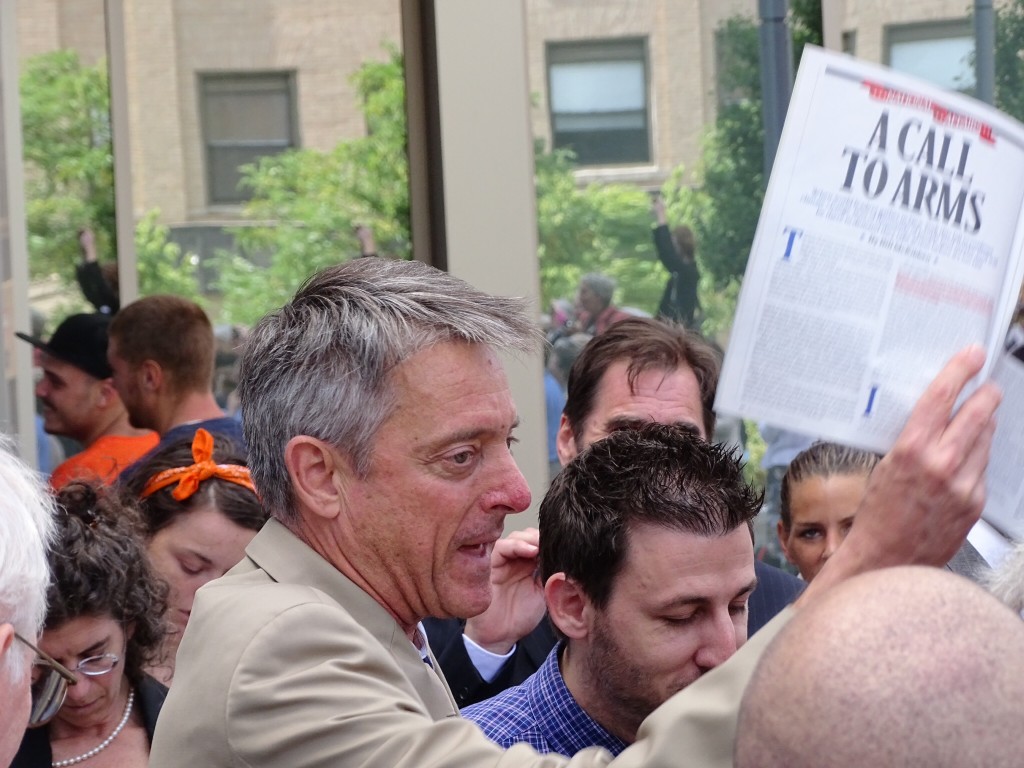 What does it mean when a district attorney, the person responsible for upholding the law, sides with people intentionally breaking the law? Is it an indication that the lack of national and global action to address climate change has become so egregiously obvious that individuals are now willing to risk their political careers in order to stand up for what they believe? As Sutter pointed out in an interview on Democracy Now!, he cannot condone illegal actions. However, his treatment of this case sets a new model for the handling of civil disobedience cases with regard to climate change.

If the criminal charges had not been dropped and the trial had moved forward, Jay, Ken, and their attorneys were prepared to argue a necessity defense, making the case that their moral positions gave them no choice but to break the law since all other avenues have failed to prevent the burning of coal. With Sutter’s surprise move, they were not able to make these arguments in front of a jury. However, one notable point is that the week before the trial, the judge had cleared the use of the necessity defense for this case, the first time this would have been allowed for a climate-motivated civil disobedience trial. Of course, there was no guarantee of a positive outcome, and Jay and Ken could have faced up to several years of prison. Perhaps the strategy will be set aside for another day.

The sense of victory we all felt on Monday is tempered by the knowledge that it only represents a small shift in the political landscape. Meanwhile, Brayton Point continues to spew ever increasing emissions, and the evidence of global climate change continues to accumulate. Clearly, much work remains to be done, and many others will need to take bold personal and political risks in order to build the political will necessary to significantly reduce fossil fuel use and invest in alternative energy.

Are there lessons here for the sustainable food movement? The threat of climate change is definitely relevant: depending on where you draw the boundaries, the food system contributes 19-29% of total greenhouse gas emissions and agriculture is very susceptible to impacts from climate change. Clearly our food system has a significant stake in climate change outcomes and has a role to play in reducing emissions. However, unlike single source emitters like power plants, food systems emissions are spread out throughout the chain of production, distribution, and consumption. Calculating the climate impact of a particular food item or diet can be a complex task, so it can be difficult to identify key places to reduce emissions. That said, farmers around the globe are making efforts through models like the FAO’s “climate-smart agriculture.” Here in Vermont, the Vermont Agricultural Resilience in a Changing Climate Initiative is working with farmers and researchers to support adaptation strategies for Vermont agriculture.

Similar to the energy sector, though, these efforts pale in comparison with the business-as-usual model. The need for broad-reaching policies to shift to a more sustainable food system is clear, and like the energy sector, such policy efforts have largely failed thus far. Many historical examples show that politicians take a stance on controversial issues only when forced to do so by popular movements. The opportunity for the climate change and sustainable food system movements may be how to prime situations for individuals in leadership positions to step forward and set an example for their peers and communities. Only through taking such public stances can we normalize those ideas currently considered too radical to be taken seriously.

Photos from the action via www.lobsterboatblockade.org