Our Bacterial Overlords Kindly Request That We Eat Better 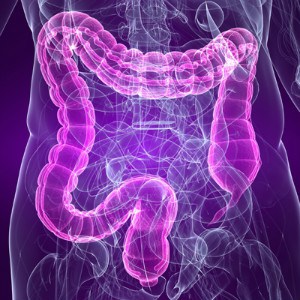 During the first week of the Breakthrough Leaders in Sustainable Food Systems program, we, the students, were tasked with expanding our understanding of systems, leverage points for effecting change in systems, and networks, as well as the application of these concepts to the work that each of us is doing related to food.

At the end of a week of reading articles, watching videos and discussing these topics, I kept coming back to what I saw as the ideal intersection of systems, leverage points and networks… the gut microbiome.

In The Omnivore’s Dilemma Michael Pollan posits that plants (like corn) have drawn humans into their service for their own evolutionary benefit. He writes, “…there is every reason to believe that corn has succeeded in domesticating us.” What if bacteria are doing the same? What if this network of organisms that, quite literally, connects us all, is acting in its best interest by alerting us to the folly of the Western diet, the harm caused by modern agriculture practices, and the danger of antibiotic overuse through messages of human health woes? Could bacteria be angling to be the ultimate leverage point for intervening in the food system in an effort to save themselves by saving us, their recalcitrant hosts?

Sure, I could be giving these single-celled organisms much more credit than they are due but, whether or not you choose to believe they are on a quest for world domination, it does appear that they have hired a skilled PR firm to manage their image these days. Bacteria, long cast as villains—much maligned and under near-constant attack from household cleaning products, pharmaceuticals, and hand soaps—are being cast in better roles lately. Much better. A spate of recent publications (like this, this, and this) place bacteria in starring roles as the heroes poised to save us from everything from autism to Alzheimer’s to obesity.

Looking for a few good hosts

Dr. Andrew Robertson, MD, who has been exploring the gut microbiome for years, both personally and professionally, believes my bacterial overlord theory is not far off the mark. However, he adds a twist saying, “They (the microbiome) aren’t ‘kindly requesting’ we eat better, they’re demanding it by committing long, slow, selective homicide of their less cooperative human hosts and, in the process of doing so, are adapting, evolving and becoming more resilient; eventually moving on to other, stronger human hosts.”

He pointed to a recent study of 40 Irish rugby players that found a positive correlation between exercise and the size and diversity of the gut microbiome. This study seems to back Dr. Robertson’s theory: stronger, fitter hosts have stronger gut microbe communities. Seems like a win-win to me.

The people have spoken… and they want fermented foods 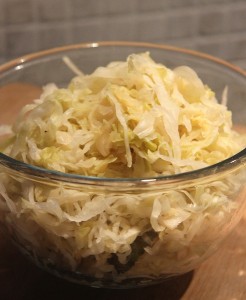 And then, consider popularity. Yes, many rise to power without it, but ascension is far easier when the people are with you. This year and last, fermented foods and beverages made everyone’s “hot food trends” lists. The demand for artisan fermented products like hard cider, beer, and bread, has skyrocketed.

Kathryn Lukas, founder and CEO of Farmhouse Culture, an artisan sauerkraut producer in Santa Cruz, California, knows this better than most. “When Farmhouse Culture started in 2008, we were selling at local farmers markets and had an annual revenue of about $4000. Today, we lead the category in national sales, which was estimated to be at $11M dollars last year. And the market just keeps growing.”

As to whether or not we’re doing the microbiome’s bidding, Kathryn shared the following: “When I first tasted real sauerkraut—served up from a barrel at a market in Germany—I had an awakening. Sure, I appreciated the flavors, the tang, and the crunch but it was more than that. My body instantly recognized this food as an ally.” That recognition led her to leave behind a successful restaurant career so that she could heed the call of the kraut and its tiny inhabitants. These days, she’s pretty clear on who’s in charge and is just fine with CEO being the second highest role at Farmhouse Culture.

DIY: Nurturing the microbiome at home

Another bacterial bloom is taking place across the country: home fermentation. Master beekeeper, environmental sciences teacher and avid home fermenter Patrick Adams had this to say about sharing his home with bacteria: “As someone who is constantly pushing the envelope on wild fermentation practices, I suppose you could say that I have been called into service on their behalf. I know all too well how challenging it can be to create an environment to nurture the right microbes while keeping the bad ones at bay. But, when you get it right, the resulting culture can be a wonderful thing—filled with that mysterious and elusive terroir that bakers and beekeepers and winemakers are always going on about. Once the terroir-infused culture is developed, however, that’s when the real servitude begins. Because in order to keep a culture thriving, regular care and feeding becomes necessary. It’s at that point that you begin to wonder who’s in charge. But it’s also at that point that you’ve developed an expanded relationship with your food.”

Is it really a coup?

So, what if bacteria are trying to bend us to their will and rule us from within? If this turns out to be the case, and in doing so, they help humans to step back off the path of destruction we’re on, I, for one, will happily bow down to our bacterial overlords. From what these experts in the field have shared, our bacterial brethren appear to be doing nothing more nefarious than encouraging humans to exercise more, eat better and to develop a deeper relationship with food all while fostering economic growth through artisanal food production to boot. My response to that is: All hail bacteria!

Stacey Clinesmith was a student in the 2014 UVM Breakthrough Leaders Program for Sustainable Food Systems. She lives in San Jose, CA, where she is studying in a natural foods culinary program and a nutrition coaching certificate program.