Lessons from a Little Island 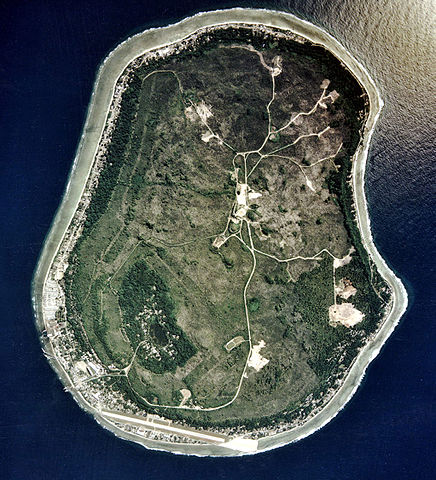 These days it’s easy to get discouraged about the plight of agricultural resources: we see news about agricultural practices that erode soil, poison ecosystems, and deplete groundwater, all of which spell the demise of irreplaceable natural resources. How much longer can we continue to ignore these warning signs? When it comes right down to it, the misuse of the natural resources necessary for agriculture is the surest way to set us up for collapse (just ask these ancient civilizations). If we use up the resources necessary to produce food, there’s no alternative, no repurposing, and no living without. Also, there’s no going back. Let me tell you a story to illustrate this point.

Let’s take a look at the island of Nauru. Never heard of it? Not surprising: this little island in the South Pacific is only 8.1 square miles and has a population of less than 10,000. But its history tells an emblematic story about modern agriculture.

The indigenous population of Nauru lived for thousands of years on fish and native fruits in what some of us might consider a tropical island paradise. Throughout the late 19th and early 20th centuries, the island was controlled by a series of foreign powers, including Germany, Australia, and Japan. A pivotal moment in Nauru’s history occurred in 1900, when rich phosphorus reserves were discovered under Nauru’s tropical rainforest. The phosphate had built up as a result of thousands of years of bird droppings as they animals perched to rest on an ancient coral reef. Suddenly, the remote island was a valuable financial asset, and starting in 1906, the phosphate was mined and exported to be processed into fertilizer.

Throughout most of the 20th century, the phosphate industry boomed. When Nauru established independence in 1968, the residents of the island began to accrue the profits previously syphoned off by foreign mining businesses. By the late-1980s, Nauru was the richest per-capita country in the world.

But by the 1990s, the reserves were almost exhausted, and the island’s wealth was lost due to financial mismanagement. With the demise of the phosphate industry, the jobs disappeared, and unemployment on the island is now 90%. (Since that time the country has been implicated in a series of scandals, including an unregulated off-shore banking sector, selling passports to anyone willing to pay, and housing hundreds of refugee children in concentration camps in exchange for aid from the Australian government.)

But the corruption and economic collapse is only part of Nauru’s misfortune. The ecological tragedy is the fact that as a result of the strip mining, the entire core of the island, which had once been thick tropical rainforest, was reduced to a skeleton of coral fossil ruins. 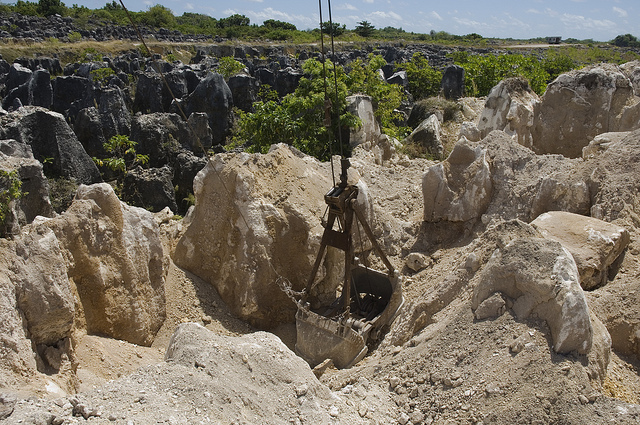 Now, even if Nauruans wanted to build a local food system, they can’t: the strip-mined land (80% of the island) lost all its topsoil and cannot support plant growth. In addition, it is estimated that 40% of the surrounding marine life was devastated due to mining runoff. As a result, Nauru relies entirely on food imports. Perhaps not unrelated, Nauruans suffer from the highest rates of obesity on the planet. To add insult to injury, the inhabitable perimeter of the island is at high risk for flooding from rising sea levels due to climate change.

When I first learned about Nauru, I couldn’t stop thinking about it. I was haunted by the extreme tale it told of how unregulated natural resource extraction will bankrupt an ecosystem and a community. Of course, it’s not an unfamiliar story. The conversion of tropical rainforest to barren coral rock is not unlike other ecological destruction happening around the globe. What feels especially dramatic about Nauru, however, is that it paints a swift and concise picture of how a once self-sufficient ecosystem, in the space of 100 years, can be reduced to a post-industrial wasteland. Nauru shows us exactly what life looks like on the other side of ecological boundaries.

What Nauru’s story also drives home is how money has dictated the course of the food system for the past century and more. That the central subject of Nauru’s history is phosphate is also prophetic; phosphorus, necessary for modern agricultural production, is a non-renewable resource. Some projections indicate we’ll hit peak phosphorus by the middle of this century. We’re eating on borrowed time.

Considering the importance of our natural systems necessary for agricultural production, we should be extremely considerate of their use. Without forward thinking policy and regulations, we’ll exhaust the very resources on which our food system relies. Why do we instead rely on voluntary, underfunded programs for agricultural conservation projects? What is the value of our Farm Bill if it is not taking the long view and looking out for the future of our food system, not to mention our entire civilization?

The trajectory of our global food system is rooted in powerful histories of colonialism, natural resource extraction, and economic power. We need to, and can, change course. Despite a lack of policy leadership, farmers and communities around the world are committing themselves to sustainable agricultural practices. But it’s not enough. It’s time for policies and practices grounded in the pursuit of health, ecological wellbeing, and sustainable resource use if we are to avoid a global tragedy of the kind experienced by Nauru.

If you are as taken by Nauru’s story as I am, I recommend listening to Jack Hitt’s 2003 account of Nauru’s story on This American Life.