Food, Power, and the TPP: A conversation with Eric Holt-Giménez 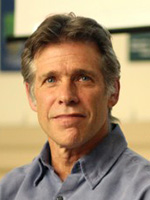 I recently had the privilege of speaking with Eric Holt-Giménez, Executive Director of Food First and author of Food Movements Unite! Strategies to Transform Our Food System and Campesino a Campesino: Voices from Latin America’s Farmer to Farmer Movement for Sustainable Agriculture. Eric is a leader in the food sovereignty movement and will be a keynote speaker at the UVM Food System Summit in June.

When asked what he envisions as the ideal food system, Eric replied, “I don’t think there is an ideal food system. I think that’s the point of sovereignty.” Taken aback, I almost stopped him to repeat my question. How could there not be an ideal food system? But upon listening to the rest of his response, it became clear that he meant that there’s no such thing as an ideal food “system” the way we’ve come to define it—a web of complex supply chains, government-subsidized overproduction, and overwhelming corporate ownership. For Eric, revolutionizing our food system doesn’t mean coming up with a one-size-fits-all solution; it means localizing control over decisions and reorienting public priorities.

If the current power structure remains where it is (with corporations), our food cannot be secure, our communities will have little control over the food they eat, and our environment will continue to suffer. The industrial food system, Eric pointed out, has already contributed up to 40% of the greenhouse gases responsible for climate change, and primarily operates under the neurotic corporate mantra of growth without bounds that drives our modern economy. “We already produce one-and-a-half times enough food for every man, woman, and child on the planet,” Eric added, calling into question the commonly heard argument that we have to double our food production to keep the world from starving. 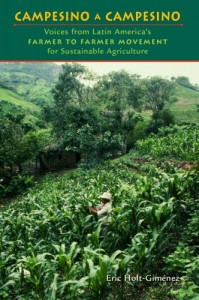 It’s easy enough to suggest that we should just rip the power over the food system out of the corporations’ hands (they’re people after all, don’t they have hands?). However, in addition to the traditional challenges communities face when attempting to define their own food destinies, the food sovereignty movement is facing a tremendous new problem: the Trans-Pacific Partnership (TPP). This back-door trade agreement would influence over 40 percent of the world’s GDP and one-third of world trade, and would undoubtedly continue to put profits of multinational companies above the protection of the environment and safety and security of our food. This negotiation includes Australia, Brunei, Chile, Canada, Malaysia, Mexico, New Zealand, Peru, Singapore, the United States, Vietnam, and Japan; some of the only U.S. agricultural representatives include Monsanto, Walmart, and Dupont. “We don’t know what these conversations are,” Eric says, of the TPP negotiations, “our own government, elected with our votes and maintained with our taxes, refuses to let us know what they’re doing with these corporations.” Things are not looking good. Unless, of course, you are a corporation.

The TPP was borne of neoliberal ideals, which Eric considers the greatest threat to humanity, let alone the food sovereignty movement. Liberalism, in economic terms, refers to the “freeing up” of the economy by removing any regulations and barriers to market players. Unfortunately, privatization effectively shuts out smallholders from agriculture altogether, as it “dispossesses millions of farmers… who entered the ranks of the hungry and migrated to the misery belts around the bigger cities.”

Does this scene sound familiar? It should, because this is exactly what happened in Mexico in 1994 with the North American Free Trade Agreement (NAFTA). NAFTA resulted in manufacturing workers making less than 30% of what they needed to cover the costs of basic necessities, while peasant farmers were forced to move to already overcrowded cities because their crops were next to worthless after the flooding of the crop market with imports from the U. S. For the jobs NAFTA created, almost three times as many were lost. All signs indicate the TPP will be no different. 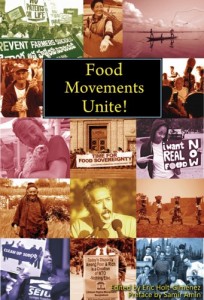 So what are we left to do, with our government’s hush-hush negotiations and this neoliberal regime threatening food sovereignty across the globe? Well, the answer, according to Eric, is certainly not biotechnology (after all, the problem is not how much food we’re producing but how it is distributed). “Everything is destroyed [by the Green Revolution],” he says, “…we’ve lost 70% of our biodiversity…it created as many hungry people as it reportedly saved…because the grains feed cows and they feed cars, they don’t feed hungry people.” Fortunately, he does suggest that there’s hope and viable solutions available. First of all, the TPP has yet to be signed, meaning we are not yet subjecting ourselves and others to another NAFTA crisis. Furthermore, Eric provides a laundry list of recommendations to strip neoliberalism of its power, including applying anti-trust laws, rolling back the finance sector to keep corporations from illegally taking up land, establishing alternative markets, and reducing supply chains to keep money within the communities they came from. Frustratingly, all of these solutions ultimately depend on our political representatives—who seem to increasingly act as trustees rather than delegates. Despite this, Eric seems optimistic that a very powerful global movement will shift power away from corporations and restore power to local communities.

If you want an example of what this power shift looks like, look at Food First, the organization Eric directs. Through research, education, and action, Food First is leading the way for the food sovereignty movement both locally and globally. The research done by this “think tank” has made otherwise complex material accessible for a large audience of people. Food First has also been responsible for the publication of over 60 books and the creation of a number of courses, seminars, and tours that educate people around the world about the global movement for food sovereignty. In addition to research and educational outreach, Food First has created and/or supported a number of campaigns and projects, such as the Campaign for the Restorations and Conservation of Pollinators, an initiative based in Central Mexico that works to spread the knowledge of sustainable agriculture through farmer-to-farmer networks; the We are the Solution Campaign, a West African, women-led enterprise against the Green Revolution that advocates family farming; the Camepsino a Campesino movement in Mexico, which creates a strong network of farmers for the sharing of agroecological practices and techniques; the Urban Farmer Field School project, a program that teaches urban farming techniques to those who wish to jump on board the (imperative) urban agriculture crusade; and the Oakland Food Policy Council, a council of farmers, policy makers, and citizens that works to build a sustainable food system in Oakland, CA. All of these campaigns are proof that the food sovereignty movement is powerful and growing stronger with each workshop and research paper, thanks to people like Eric who have dedicated their lives to the issue.

There are many ways to plug into this movement, from starting your own garden to supporting your local agroecological farmer to becoming a food sovereignty guru and educating others on the issue. All that’s important is that you do something, because,  “if we don’t take back control of our food from the corporations,” Eric says,” …we’ll never be able to solve the problems of food security, the lack of food security, or the problems of climate change.”

Olivia Percoco is a first year student in the Department of Community Development and Applied Economics at UVM and an intern for the UVM Food Systems Summit.