By Rita Markley and Marissa Parisi 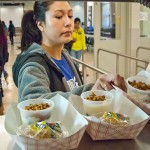 The timing of Hunger and Homelessness Awareness week (Nov 17-23) is especially poignant this year.

Just last month, the U.S. Department of Education reported that the number of homeless students in public schools reached the highest number on record at 1.1 million children. A week later, the U.S. Census Bureau released data showing that real median household income in 2012 was 8.3% lower than in 2007, the year before the recession. Meanwhile, the cost of housing, gas, utilities continues to rise beyond the reach of flat and falling incomes. Not surprisingly, nearly one in four children now live in poverty. And 47 million Americans rely on the Supplemental Nutrition Assistance Program (SNAP, known in Vermont as 3SquaresVT).

Given the nature of politics and the media these days, we hear very little about the appalling reality of hunger for millions of Americans. There’s scant attention to the impact of homelessness on school performance or health. Several news outlets have shown misleading images  that obscure completely the wrenching choices that struggling families are forced to make every day: rent or groceries, snow tires or fuel bill, birthday cake and present or back-to-school shoes.

Vermont is among the ten states with the highest increase in homeless students attending K-12 public schools (with a 31% increase since last year). The Committee on Temporary Shelter (COTS) just completed its annual survey for Chittenden County which showed a 19% increase since last year. That means 140 children getting ready for school this morning from emergency shelters, overflow motels or doubled up and sleeping in places that are frequently unsafe.

Many of these homeless families rely on 3SquaresVT and free school meals to ensure children get proper nutrition. Meals provided by these nutrition programs are a lifeline for many Vermonters who have struggled with job loss, erosion of wages, and home foreclosures. One in six Vermont households receives 3SquaresVT benefits, the majority of whom are families with children. Hunger Free Vermont frequently hears from school staff who see ravenous children on Monday morning who did not eat over the weekend. 3SquaresVT makes a difference in the lives of thousands of Vermonters every day, but in many cases, the benefits are too low to allow them to purchase nutritious food on a consistent basis. These families also suffered a recent reduction in 3SquaresVT benefits due to a cut in funding that lessened a family of four’s benefits by $36 or more. 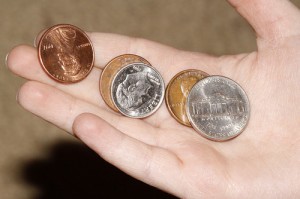 When families are strained to the breaking point by ever increasing rents, when they can’t afford basic necessities like daily meals, it impacts everyone in our community. Homeless and hungry children are sick more often, have more behavioral challenges, and struggle more in school. Vermonters have a long and proud history of coming together to support one another in hard times. With hunger at epidemic levels and a significant rise in homeless children in our state, it is our responsibility as citizens to insist that our state and federal government take care of our country’s most precious resource, our youth.

This week, many people who have never lived on a 3SquaresVT budget before will experience firsthand what it is like to feed themselves on $1.72 per meal. The purpose of the 3SquaresVT Challenge is not to emulate the reality of food insecurity for Vermonters, but to instead draw attention to the experience of living on a strict food allotment and how that may or may not change daily life both physically and psychologically.

As politicians on the national stage debate the federal budget, we hope they remember that the face of homelessness and hunger in America is increasingly the face of a child. So when they talk about cutting the deficit by slashing food benefits and basic needs programs for the poor, they’re talking about harming children. This week, here in Vermont, let’s remember that and make sure to stand up for those who are too young and too vulnerable to defend themselves.

Rita Markley is the Executive Director of the Committee on Temporary Shelter, which provides emergency shelter, services, and housing for Vermonters who are homeless or marginally housed. Marissa Parisi is the Executive Director of Hunger Free Vermont, an education and advocacy organization with the mission to end the injustice of hunger and malnutrition for all Vermonters.