Debugging our Livestock System: How we can reduce the prevalence of antibiotic resistant bacteria in our food supply 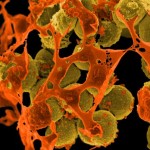 In my last post, I spoke with UVM alum Susan Vaughn Grooters about the rise of antibiotic resistant bacteria in our food supply due to the subtherapeutic use of antibiotics in animal agriculture. In this post I share Susan’s ideas on how we can address this threat to human and animal health.

When I asked Susan about potential approaches to addressing antibiotic resistant foodborne illness outbreaks, she gave a straightforward answer. “We have a system that is in grave need of fixing. The solution to unsanitary conditions in industrial animal production shouldn’t be dosing animals with antibiotics to keep them healthy and to make them grow faster. The solution is to change production practices.”

There are ways to reverse the trend by reducing the use of prophylactic antibiotics in animal agriculture. Without constant exposure to antibiotics, other strains of bacteria will naturally out-compete those that carry the resistant traits. We’re not going to get rid of antibiotic resistant bacteria entirely, but we could reduce the numbers.

Luckily, we know from the experience of other countries that changing practices can work. Denmark has reigned in the use of antibiotics. They still have an industrial food system, but they’ve changed some of their animal husbandry practices. The animals have more space, and instead of using antibiotics at low doses over a long period of time (which encourages resistance), they use them at high doses for short periods of time only when needed.

However, efforts in this country have had minimal impact.  Susan explained the current situation: “The way our laws are currently set up, producers are allowed to sell food with antibiotic resistant bacteria. It shouldn’t be the consumer’s responsibility to remove fecal bacteria from their food before they eat it.” 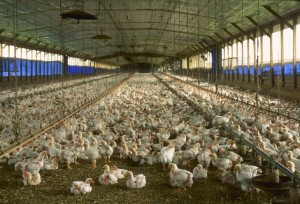 The FDA has issued guidance documents for the industry to voluntarily address antibiotic use, but the livestock industry has not adopted the practices. Susan is troubled by relying on a voluntary approach for this issue: “CSPI is very concerned a voluntary approach is likely to fail.  There are too many economic incentives to using antibiotics for production practices, and not just for treatment of sick animals. How can we expect them to adopt voluntary measures?”

Unfortunately, the political odds are stacked against regulating the prophylactic use of antibiotics in livestock. And Susan is hip to the realities of how DC politics play out: “We’re dealing with big ag and big pharma. Some of our congressional champions on food safety won’t even come to the table on this issue. Senators Harkin and Durbin, who are leaders on other food safety issues, happen to be from states with large livestock industries. They should be supporting the Preventing Antibiotic Resistance Act (PARA) that Senators Feinstein and Gillibrand sponsored. They say they will vote on the bill if it moves, but they are not willing to be cosponsors. It’s time that we all ask for leadership on this issue.”

There are other avenues to address the issue, but Susan sees little movement on those fronts either. “In 2011, CSPI petitioned the USDA to declare 4 strains of Salmonella known to be antibiotic resistant as adulterants in food supply. Producers are required by law to test for adulterants and cannot sell raw products contaminated with adulterants, so adulterated meant and poultry would need to be diverted to cooking to remove harmful pathogens before it can enter commerce. E. coli O15:H7 has been classified this way, so there is precedent for this approach. However, in the 2 years since we submitted the petition, we have had no response from the USDA.” 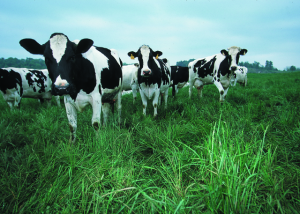 Alternative agricultural practices also offer a beacon of hope. Although bacterial loads are similar in conventional and organic meat, antibiotic resistant bacteria are more likely to be found in conventional meat. This makes sense, considering that industrial production methods create the perfect breeding ground for antibiotic resistance, while organic practices do not.

Although regulatory efforts have failed so far, the market is listening. “Tyson is launching product lines without antibiotics. Chipotle and Applegate are also good actors on this issue.” Several humane and sustainable certifications do not allow antibiotic use, so consumers can look for those labels in the supermarket.

What can we do?