Ben is an attorney and Rhodes Fellow with the Conservation Law Foundation in Portland, Maine.  Learn more about CLF’s work with farms and food. 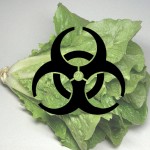 Can produce be a biohazard?

In a rare show of bipartisan support—albeit extremely modest—Congress passed the Food Safety Modernization Act (FSMA) in late 2010. President Obama signed it into law in early 2011. The FSMA is the most sweeping update to federal food safety law since 1938. It deals with raw produce—handled by the Food and Drug Administration—as opposed to meat and poultry—which is the U.S. Department of Agriculture’s domain. The Act responds to estimates that foodborne diseases sicken roughly 48 million, hospitalize 128,000, and kill 3,000 Americans every year. 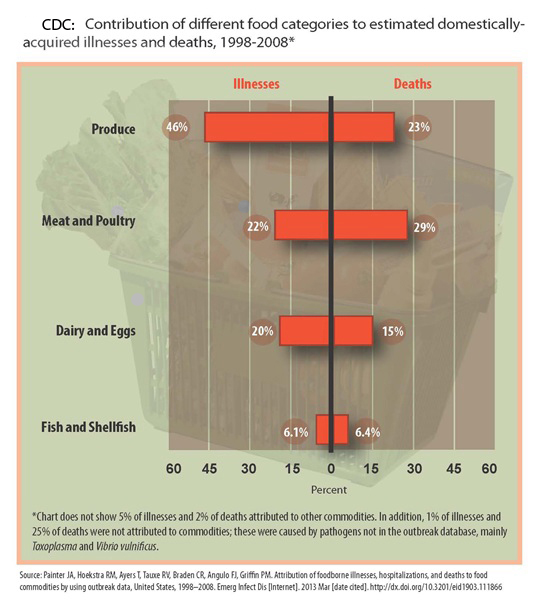 As if to accentuate the need for greater food safety, a listeriosis outbreak from contaminated cantaloupes in late 2011 killed more people than any food-related illness since the Centers for Disease Control began tracking outbreaks in the 1970s. Whether the FSMA would have prevented such an outbreak is uncertain. What is certain is that the FDA’s proposed rules to implement the FSMA could crush small, diversified farms across the country.

First, a little rulemaking 101. Rulemaking is the federal government’s most beautifully inclusive democratic process. The FSMA requires the FDA to draft a host of regulations (also known as rules). Two rules—the Produce Safety Rule and the Preventive Controls Rule—are in the hottest stage of the rulemaking process: the FDA is asking for public comment on the proposed rules until November 15. The FDA directly asks us—the public—to comment on its proposed rules. And the FDA must pay attention to every unique comment.  It then uses those comments to draft the final rules. That’s democracy at work! (For a much more detailed but headache-inducing flowchart, click here.)

The FDA’s proposed Produce Safety Rule sets safety standards for growing, harvesting, packing, and holding fresh produce on farms. Target areas include:  worker training; agricultural water; biological soil amendments; domesticated and wild animals; equipment, tools, and buildings; and sprouts. The proposed Preventive Controls Rule creates food safety measures for facilities, including those on farms, that process produce. (As a side note, because the rules address only produce, they would have had no impact on the recent antibiotic-resistant Salmonella in Foster Farms’ chicken.)

Food safety is critical—no doubt. So what’s the controversy? On the one hand, food-safety advocacy groups have hammered the FDA for missing rulemaking deadlines. On the other hand, small farmers and small-farming organizations are vigorously advocating the FDA to slow down and change the proposed rules. They claim the rules could force thousands of small farms to comply with expensive and environmentally damaging standards meant for industrial-scale operations. In turn, this jeopardizes farmers’ markets, community-supported agriculture, and burgeoning local-food hubs that help sustain small farms.

Everyone hopes the proposed rules will lead to greater food safety. But sacrificing the benefits of local agriculture at the altar of a sterilized food system leads neither to a healthier, nor a safer food system. To learn more about the rules and small farmers’ concerns, visit the National Sustainable Agriculture Coalition’s FSMA Action Center.