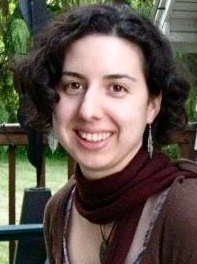 As people continue to seek ways to connect with their food, urban agriculture has been gaining popularity in communities across North America because of the social, economic, and environmental benefits it can offer to individuals and neighborhoods. Urban agriculture can be broadly defined as growing food within a city. The term can embody a range of activities, including home, school, rooftop, and community gardens, urban livestock and poultry, beekeeping, commercial farming, and the use of agricultural structures such as of greenhouses and hoophouses. Some definitions of urban agriculture encompass post-production activities such as processing, distribution, and marketing. Urban agriculture can be commercial, noncommercial, or a hybrid. In terms of scale, urban food production can occur in a space as small as a container on a balcony all the way up to agricultural fields many acres in size.

I became interested in urban agriculture when I came to the University of Vermont in the fall of 2010 to start my master’s in Natural Resources. I knew I wanted to find a thesis research project that got me out in the community working on local food issues, and within the first few months of arriving in Vermont, I learned about an effort to investigate how the City of Burlington’s policies do and do not support food production in the city. This project became the subject of my thesis, and since completing my graduate program I have continued my involvement through my role as Facilitator for the Burlington Food Council.

The City of Burlington has a strong local food culture and hosts many of Vermont’s most successful community food system models, including community supported agriculture from the city’s peri-urban farms, a year-round farmers’ market (several others operate on a seasonal basis), a downtown food co-op that sources a significant amount of local produce, meat, and value-added products, restaurants featuring local food and seasonal ingredients, and a variety of community garden and food security organizations.  The value of local food systems is widely appreciated in our community.

However, some ambiguous and outdated regulations sometimes get in the way of residents growing their own food. For example, a zoning definition that was originally designed to regulate boarding kennels is the closest rule code enforcement officers have to regulate livestock, so residents are limited to keeping no more than 4 chickens. Similarly, hoophouses are currently regulated like any other structure in the city, which means the owner must apply for a $90 permit to erect one. Rules like these were not developed for urban agriculture in mind, and they pose barriers to Burlington residents wishing to feed themselves from their own yards.

During my thesis research, I had the opportunity to spearhead a collaborative and community-based research project with Burlington’s Urban Agriculture Task Force, during which we engaged with local stakeholders in an 18-month research and public participation process to determine how the city’s current laws affect food production in the city. This past fall, the project culminated in a report to Burlington’s City Council outlining recommendations on how the city could remove policy barriers to urban food production and support innovative new projects.

Even with small local issues like this, policy change takes time. Although the report allowed us to show the broad public support for urban agriculture and recommend next steps for the city to take, the recommendations need to go through the city’s policy development process before they can be adopted. Currently, recommendations regarding livestock and structures are under consideration by the Burlington Board of Health and Planning Commission. This semester, a group of UVM seniors are continuing the work of the Task Force as part of their senior capstone course. Hannah Swanson, Nick Garcia, and Leah Delaney are working with the Burlington Food Council and city officials to help the recommendations developed by the Task Force come to fruition. UVM’s commitment to food systems scholarship and community-based research has provided a supportive environment for me and other UVM students to help Burlington join the growing list of cities that are revising their policies so their residents are better able to grow their own food.