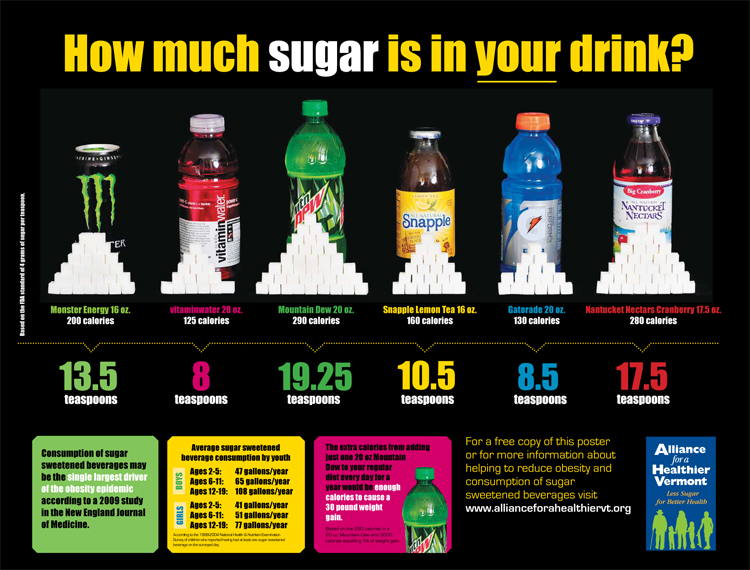 For the last two years UVM faculty have been working on research to support a possible excise tax on sugar-sweetened beverages in Vermont. CDAE faculty members Richard Watts, Jane Kolodinsky, and Sarah Heiss have been researching various issues related to the potential penny-per-ounce tax. Thanks to a few grants, surveys, and a lot of hard work, the team has been able to refute claims from naysayers, help make the policy process more transparent to the public, and encourage advocates to change their ways in order to help pass the bill.

CDAE department chair and professor Jane Kolodinsky became involved in this research in 2011 because of her interest in food choice, obesity and her work as an applied economist and survey researcher. After being contacted by Peter Sterling, the founding Executive Director of the Vermont Campaign for Health Care Security Education Fund, the two collaborated to receive a Robert Wood Johnson Grant to collect the data they needed.

Opponents of the bill—Kolodinsky refers to them as “naysayers”—claim that adding a tax to sugar-sweetened beverages would put Vermont stores out of business, especially near the New Hampshire border. The problem with this claim is that there is no published data to support it, Kolodinsky said.

To address these concerns nonetheless, cross-border questions were added in their survey analysis. Ultimately, their research showed there would be no additional effects along the border.

“If you think about it logically, I go to the gas station, fill up my car, and I want a single serving of something…I’m going to get in my car and drive to New Hampshire? No,” she said. “I’ll probably use at least 50 cents in gas just to save 13 cents. It just doesn’t make sense.”

In order to prove consistency with these results, questions about the sugar-sweetened beverage tax will be added to this year’s Vermonter Poll, conducted by UVM’s Center for Rural Studies, which examines changes in public opinion regarding Vermont-specific issues.

Kolodinsky believes looking at larger health policy decisions and the issue of health policy is both important and salient for many CDAE students.

“If you’re a PCom major, it shows you how to communicate to the public,” Kolodinsky said. “For entrepreneurship majors, they have to make their business stocking decisions in their stores, so how does it affect their store and what are they going to sell? And for community and international development majors, it’s looking at societal issues of which obesity is not only a U.S. issue anymore: It’s around the world.” 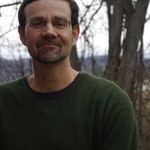 With an interest in studying important public policy, Richard Watts’ began his research on this issue in Spring 2011.

“I’m interested in how public policy emerges through the legislative process,” Watts said. “In this case, the public policy issue has to do with soda, which has been implicated in our obesity crisis.”

Opposition comes from three primary groups, Watts said: the Grocers Association, the Vermont Retail Association and beverage industry lobbyists. He hopes to show that all three oppose the bill because they fear losing profit if it becomes law.

“I’m collecting media articles, he said, “trying to see who shows up in the media articles and what those debates are about.” Watts said. “Part of what I’m interested in trying to do is to open up a process and make it more transparent, so people can see how they’re being manipulated by the industry to drink these things that are very bad for them,” he said.

Watt’s research compares the fight to previous debates about taxing tobacco for health reasons, but he said it’s harder to make a direct correlation between sugar-sweetened beverages and obesity.

“The thing about tobacco is that we had 30 years of evidence, and it took that long to show those causal relationships in such a compelling way,” he said.

Watts will continue to work on this research by following Vermont legislative decisions and, if they are successful, write about why efforts are succeeding here and not elsewhere in the country. 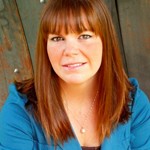 CDAE professor Sarah Heiss, who wrote her Ohio University PhD dissertation on how sweeteners and their risks are presented to the public, was recruited by Watts to take part in the sugar-sweetened beverage research two years ago, shortly after interviewing for a position in CDAE.

Watts and Heiss approached the policy issue from several directions thanks to a Food Systems Grant. Part of their research examined how sugar-sweetened beverage policies are portrayed in Vermont media.

In fall 2011, Heiss proposed a grant to collect similar data from other states. Because most states have not been successful in proposing a sugar-sweetened beverage tax, she decided to focus on New York in order to make a two-state comparison.

Heiss and Flynn want to encourage bill advocates to make changes in their tactics to ensure success.

“The advocates should organize, have one voice in solidarity, and have a clear problem and solution that they can articulate,” Heiss said.

Heiss’ interest in the organizational and communicative practices that give rise to successful policy is what drives her to continue this research, she said.