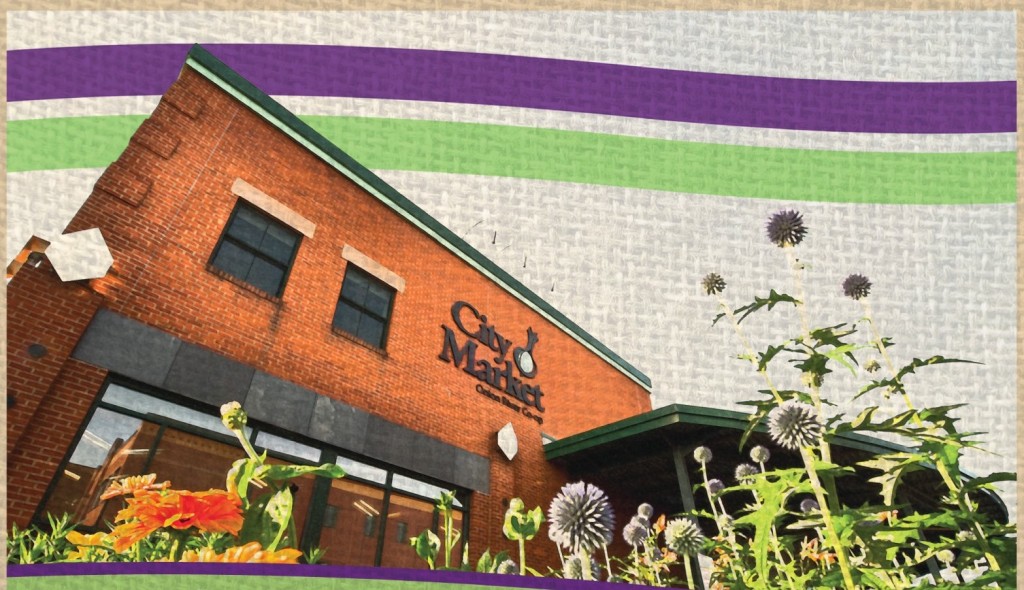 Interview with Clem Nilan, general manager at City Market/Onion River Co-op in Burlington, Vermont. Nilan has served in his role for the past seven years. He is a long-time member of the Burlington community and helped found the Intervale Center.

Food insecurity has increased in Vermont. The US Department of Agriculture reports that an average of 13.6% Vermonters were food insecure from 2007 to 2009 (an increase from 10.2% from 2005-2007). Vermont Farm2Plate reports: “As the cost of food continues to rise and the impacts of the recession linger, many Vermonters are forced to make difficult choices. They may choose inexpensive, unhealthy food so that they can afford basic necessities such as heat, transportation, and medicine.”

Clem Nilan at City Market took the time to speak with the UVM Food Feed about how the community-owned food cooperative is tackling food insecurity in Burlington – and how they are helping community members access healthy, local, and organic foods through an innovative program.

When City Market came to downtown Burlington, one of the agreements with the City was to provide food for low and medium-income people. How do you deliver on that promise?

When City Market was chosen to be a downtown grocery store, one of the community concerns was how could a natural foods store meet the needs of seniors and non-natural foods shoppers? What would be the metrics, or index, that would show we were meeting needs? City Market wanted – and decided – to use food stamp redemptions as that measurement. If we were doing a good job redeeming, it would mean that we were successful in serving various people at different socioeconomic levels.

How did City Market do? 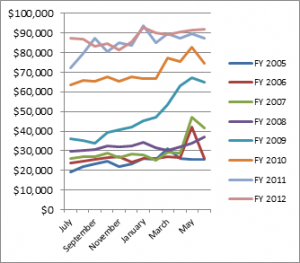 Three SquaresVT redemption at City Market has risen three-fold since 2005.

Do you hear anything in the community about this trend?

We talked to a variety of people. Our outreach goal is to combat childhood hunger, so we work with several agencies, including Hunger Free Vermont and the Chittenden Emergency Food Shelf. Rob Meehan, director of CEFS, tells me that need is greater than he has ever seen it, even with two people working full-time jobs, because they can’t feed families on what they are making. One other side effect is less giving on the corporate and individual level. There is increased need, but decreased giving. (See the Burlington Free Press article “Food shelves see drop in contributions.”)

What is City Market doing to help solve the problem of increased food insecurity?

As we were looking at the 3SquaresVT redemptions, we kept asking ourselves what a socially responsible, community-oriented business could do. We came up with our program Food for All Member Program (FFA) to ensure access to healthy foods. FFA provides a 10% discount on all purchases (excluding wine and beer) for Vermonters who are eligible to receive 3SquaresVT; Women, Infants & Children (WIC); and Social Security Disability assistance. Originally, we reached out to the federal Supplemental Nutrition Assistance Program to receive permission to give the discount to people who used food stamps, but they denied our request. So, we decided to use WIC and disability as qualifiers as well. We also allowed people to join the Co-op and waived the equity payment. This all started in 2009. The first year, we saw almost $600,000 in sales ($60,000 in increased buying power). The following year, sales jumped to $1.3 million. In the next two years, it was over $1.6 million. We brought in 1,000+ new members – one-sixth of whom were part of a consumer segment that City Market had not attracted before. Now, we also see other co-ops emulating our FFA program. Middlebury Natural Foods Co-op kicked it off, Putney Food Co-op is looking into it, as well as other places outside of Vermont, too.

What do the new customers have to say?

We want to maintain confidentiality. We set them up with membership cards with the discount attached so no one knows about their status. It’s totally blind. Anecdotally, what’s interesting is that a lot of shoppers purchasing conventional items shifted to buying local and organic foods. It didn’t happen overnight, but over time, through food demos and classes we offer. There were some who had to overcome a fear of bulk food. For others, classes taught them how to cook on a budget. It’s extremely gratifying.

What advice do you have for readers of the blog who want to get involved in alleviating food insecurity in Vermont?