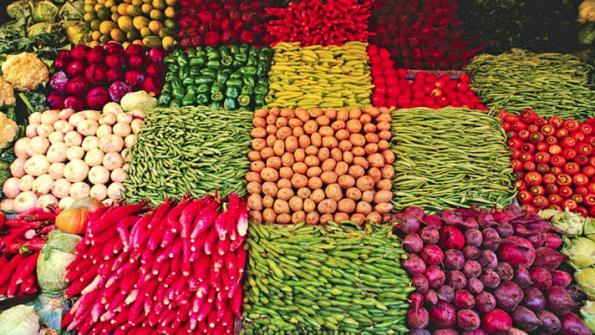 Unless you’ve been living under a rock these last few weeks, you probably experienced the giant uproar that rippled through the organic food community after Stanford published a multi-variant study finding that there was little difference “nutritionwise” between conventional and organic food.

The differences between conventional and organic farming are significant. Conventional food growers use pesticides, GMO seeds, antibiotics, growth hormones, and/or other troubling stuff to maximize production. Organic growers don’t. And the uproar is obvious: Organic should be healthier, right?

I would think so, but let’s set aside my opinion for the moment, and try to accept this bit of data as true: that conventionally grown food is as nutritious as organically grown food. What would this mean?

Well, it would mean that conventional food, like organic food, is fine for human nutrition and that this one single perspective is enough information for us to go along our on our merry way and live happily ever after.

Clearly, this is not the case and, if you’ve been reading this blog, you know that its cornerstone philosophy is that diet and health are a part of a healthy food system and that there are three other considerations – the environment, social aspects, and the economics – none included or considered in the Stanford study. It’s understandable then that this fracas is loud because the study only studied one facet of a multi-faceted system. And, as we are seeing, when the viewpoint is narrow the dialogue becomes polarized, off track, and most importantly doesn’t solve the bigger, more looming and interconnected problems in our food system.

Whether or not multi-national Cargill funded the Stanford study (which the researchers say it did not) is irrelevant given that the American public is getting smarter at seeing between the lines (See: “When Science Fiction Becomes Reality: Zilmax in Our Beef, Bellies, and Universities”). Yes, there might be problems with the study’s methodology: several statisticians explain that they don’t like using meta-analysis because there are too many methodological problems with the technique of combining hundreds of data sets together – and in the end, researchers, depending on their own interpretation, can come up with different outcomes. But let’s be clear, it’s not Stanford’s fault. They did a study, one of thousands they do annually, and published it. What’s irritating is that the message was skillfully positioned and then disseminated as absolute using Stanford’s good name.

I think the outrage from this study comes down to the fact that big food businesses are so dominant in the discourse that studies such as this simply pour gasoline on the frustration and helplessness felt by smaller, unsubsidized organic growers and producers – and us informed consumers.  The opportunistic and quick broadcasting of this particular message showcases the power certain special interest groups wield. Controlling the message to focus on just the human diet and health advantages is quite brilliant. Not including the environmental, social, or economic impacts of the growing, producing and distributing of conventionally grown food that routinely and systematically destroys air, water, soil and community cunningly limits the public’s awareness of the bigger problems.  (See UVM’s video “What’s On Your Plate?”).

The Stanford study did point out that there were more pesticides in conventional food, which they stated was not good for children. This is enough evidence to question the nutrition argument trumps the environmental argument.

We all know human nutrition is an important part of a healthy food system. It is our job as eaters to decipher the double-speak and obfuscation deliberately spread to misinform. At a recent conference on food policy I attended, many panelists spoke about the upcoming fight on GMOs and the multinational food industry powerbase that is effectively blowing thick smoke to mask the issue, again.  California Proposition 37, a proposal to label GMO foods is gearing up to be the fight of the century.  Currently, GMOs are in most mass produced foods – especially corn, wheat, soy, cotton, sugar beets, and rice. The well-funded opposition to labeling is spending millions to defeat the proposition.

What’s insidious is that these opposing giant companies’ long tentacles actually own many of the smaller organic companies consumers rely on for honest marketing and production. The fact that they are voting against GMO labeling while holding these companies in their portfolios (which would benefit from the labeling) should make us all take to the streets in protest.

Whether GMOs are dangerous to human health is not the question at the moment (although I do think that we should conduct in-depth research before we massively produced a type of food), but rather who is getting to frame the issue and how are we, as consumers, are able to wade through the bombarding bits of information to make more informed choices. Fundamentally, I’m afraid it comes down to power – who has it and who doesn’t. Get informed, expand what you read, and resist buying into any single-framed issue.  In other words, take back the power.