Why Travel to China? Exploring the Benefits of China

Posted by Erica Houskeeper on December 10, 2013 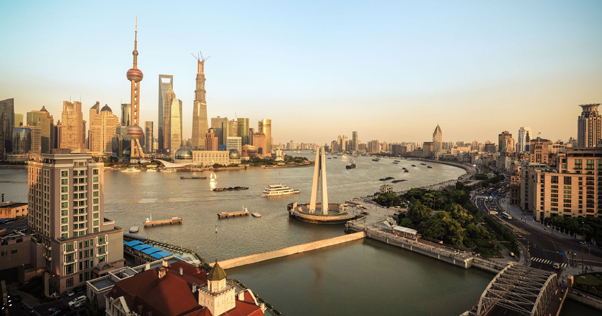 China has become one of the most popular study abroad destinations for students around the world because of its culture, language, history, and powerful influence in the global marketplace.

Beginning in the fall of 2014, the University of Vermont will offer an 18-credit China Semester Abroad program in conjunction with Ocean University in Qingdao. UVM also offers a Doing Business in China 4-credit summer session. We asked two UVM alumni who travel frequently to China to talk about what they’ve learned from a business perspective and why studying in China gives students a competitive edge. 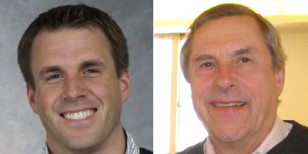 James Candido, ’04, of Williston, is the former director of Vermont’s EB-5 program and now works as a consultant for CrossHarbor Capital Partners, a private equity firm specializing in real estate development in China and around the world.

Chris Barbieri, ’64, led the Vermont Chamber of Commerce’s Asia Division for eight years and lived in Shanghai full time from 2003-2007. Barbieri, who lives outside of Montpelier, now works as a consultant helping Vermont companies conduct business in China. 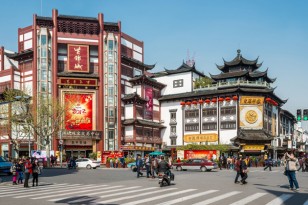 1. What are some important business lessons you’ve learned in China?

James: Attention to detail is key. Every aspect of the deal needs to be carefully thought out and presented, and you must prepare for deep diving questions. Also, it seems as though business partners want to truly get to know you before making a significant business deal. Business dealings in the United States, from my experience, tend to be a bit more subjective.

Chris: It’s absolutely necessary to understand how China works. The culture, business practices, social norms, and history are entirely different than ours in the United States. Chinese people think very differently than we do. To succeed in China, you need to invest the time to dig deep and understand how things work. Chinese business culture is based on personal relationships, not on contracts. It’s all in the handshake.

2. What are some of the biggest cultural and marketplace differences you’ve seen between the US and China?

James: I don’t think that I ever been anywhere that feels as culturally different from the United States as China. I have only spent time in the metropolitan areas of the country, but it feels as if people are constantly moving together as one toward personal and national goals. It’s a trait that does not seem as apparent here at home. No matter what their situation is or their economic status, everyone in China seems to be trying to improve and make sacrifices to move the community forward.

This ties into the marketplace as well, as people seem to work incredibly hard regardless of their position. I have to admit it’s a little startling to come back to the United States after a trip and experience the difference in how service people – even at a McDonald’s or Subway – go about their jobs.

Chris: The cultural differences between China and the USA are very, very different. Marketplace differences are apparent as well and it’s critical for a foreigner to understand these differences in order to succeed in China. Here are a few basic differences:

3. What surprised you most about China?

James: As much as there is significant growth, the Chinese marketplace seems like a challenging place to operate. Anecdotally, I’ve heard of the difficulties of growing a business due to the necessity of having central government approval.

Real estate is being built in such magnitude that you often see massive malls and office buildings that are half – or in some instances – totally empty. You will also often see seven or eight people working in a store with almost no customers. It will be very interesting to see how the Chinese market evolves over the next 10 years.

What I found the most amazing about the economic marketplace in China is its scale. It’s impossible to adequately express how big it is. China has massive manufacturing areas, transportation hubs, and metropolitan areas with some cities having a population of more than 25 million.

Chris: What surprised me early on and has kept me coming back are the opportunities for Vermont, the work ethic, the food, the positive energy, the low crime rate, and the pure excitement of being there. 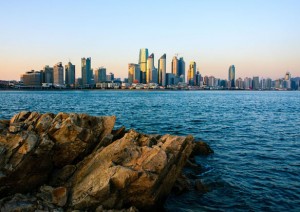 4. The University of Vermont will offer an 18-credit China Semester Abroad program in fall 2014. Why is studying abroad in China so important?

James: China’s marketplace is still one of the most important in the world. I think anyone who would want to be involved in the global economy would almost have to spend significant time there. I also think the perspectives learned can be used across the board in a variety of fields, even if those perspectives involve lessons learned on how not to operate.

Since China is such an emerging global power, there are many lessons to be learned from immersion in Chinese culture. Be it in the social or business arena, there are just so many fascinating differences in how the country operates that will give students incredible perspective.

Chris: If a student wants to understand where the opportunities will be in the future, then they must understand China. I will tell any young person who will listen that if they want an exciting and rewarding future, they should learn Mandarin and pursue a degree in international trade.

Personal relationships are everything in China. Hard work is rewarded and quality education counts. Personal responsibility and discipline count in business. China will soon be the world’s largest economy, and it has 1.4 billion people with rapidly increasing incomes. American products, services, education, and technology are held in high regard by Chinese people. China is where the action is, and students should remember that.