Gaining a New Perspective after Traveling to Nepal 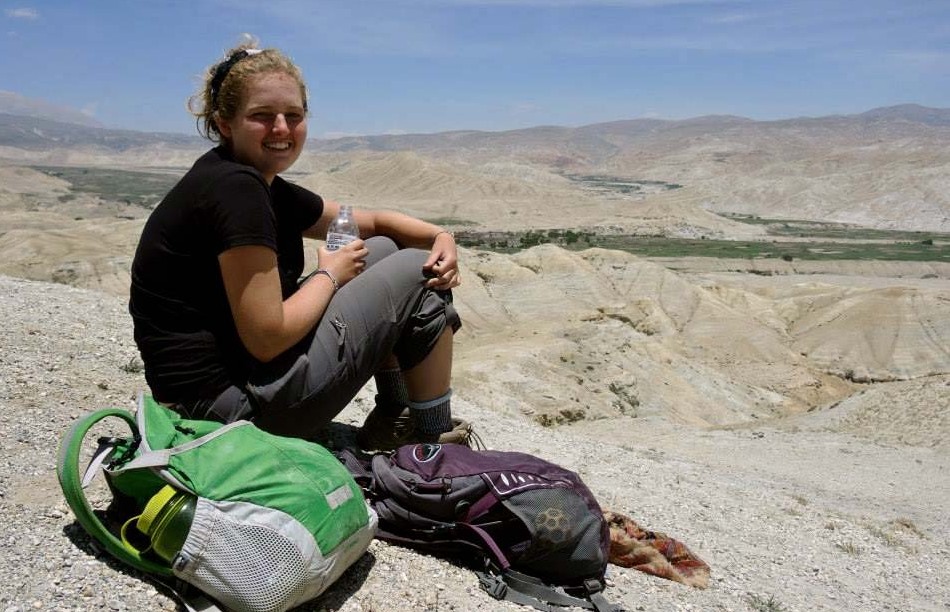 When I traveled outside the suburb I grew up in, there were differences in how the environment appeared, as well as how it was treated by its residents. There was always a mystery of whether or not humans have as much impact on the environment as the environment does on humans. My initial conclusion: a dynamic and cooperative relationship between people and environment exists, evolves, and adapts.

Buddhist philosophy embraces change, regarding it as a successive series of different moments, joining together to appear as one continuous flow. In the context of the environment, to which degree is change in climate, habitat, or water supply natural and condonable? Are humans forced to adapt to new circumstances? And are these circumstances created by human impact?

Embarking on a Journey

Prior to my journey halfway across the world, I informed acquaintances of both my apprehension and excitement about immersing myself into the Himalayan culture, and they replied, “So you’ll be in South America?” This reinforced the geographic isolation and perception of Nepal, despite its being between two large advancing nations: China and India.

While flying out of JFK, the city looked like a concrete jungle. Eventually, mental images of beige office buildings and soaring skyscrapers in New York City dissolved. I painted an imaginary portrait of Nepal: mostly rural, and preserved by both tradition and modernization. Hour after hour, new brushstrokes painted more expectations. Since this time of year was more unpredictable, I added more colors to my canvas as I imagined rivers, gorges, mud-brick walls, and hopes of seeing a yak. (I later learned yaks only live above 12,000 feet.)

In Kathmandu, people travelled in groups; children sat shoulder-to-shoulder in the backseats of buses, poking their heads out the window. Some traveled alone by motorcycle. Kathmandu appeared primitive with piles of bricks along sidewalks for structures or a plaster-like mixture in wall cracks. Buildings, jeeps, and fruit stands were randomly placed with no established direction. It felt like navigating a labyrinth.

On the way to Lo, the rivers ran so dry they were only indents in the ground. However, on the way back, after change of seasons, the swelling rivers were so overbearing that we had to carefully maneuver around them.

The Nepalese relied on and asked for very little, but were very giving. In a country relying on natural resources, including poplar trees used as roof thatching, juniper trees for burning as incense during religious ceremonies, and the fur from herds of goats used for pashmina scarves. 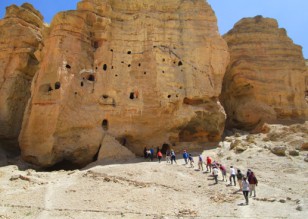 Nothing compares to traveling to Nepal for the first time.

As we trekked and climbed higher toward Lo Manthang, it grew hotter and I experienced a greater closeness to God from a religious/spiritual perspective. There was silence versus complaints often heard by Americans either being, “The sun is too strong,” or “Rainy day after rainy day” or “When will the sun finally come out?”

I even forgot for a moment that America and Nepal revolved around the same sun. In Nepal, where there was less adherence and emphasis on time, the sun was the closest to what people could work like a clock. Waking up at sunrise, and sleeping at sundown, while watching many people in villages do the same was a routine. Seeing an ancient sundial at Syumbath, Kathmandu was interesting to me, and I wondered if they were in use in other parts of the country.

Higher altitudes presented less variety. More monochrome and less vegetation. The variation of climate, from tropical humidity to head-to-toe chills on mountaintops, makes it easy to forget you are in the same country.

The pattern seen along less-populated villages were apple orchards bordered by willow trees, followed by buckwheat/barley. One crop could produce several dishes, such as barley in porridge (tsampa), bread, cereal and soup. There was a strong reliance on fewer varieties of crops, strengthening the bond among the people working, all working together within the environment.

I soon became more aware of the complications of water systems. In Nepal, water was delivered by underground pipelines. Aside from agriculture, water was used for the women to wash clothes in public. Unfortunately, an on/off option was not active in the villages as a means of conserving water. Women would dip their hair under the water to cool off, then proceed with their laundry. Ubiquitous woven baskets were seen carried on their backs for transporting materials, such as clothing to be worn and washed.

As with their religion, the environment is so deeply imbedded in their culture that it almost went unnoticed in the beginning of the trip. Once I felt fully immersed in the culture, I began to notice the population’s strong connection to their environment. From a young age, Nepalese learn to provide for themselves and their families.

Nepal’s determination to cultivate their environment was my gateway to all other aspects of the Nepalese culture. I realized the binding connection between the environment and religion, philosophy, education, politics, and health. Living in Nepal, even temporarily, led to a greater understanding of their cultural traditions and practices, augmented by the population’s amazingly close relationship with the environment, most often in areas that with less modernized technology. 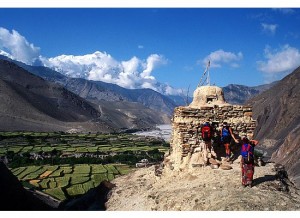 In Nepal, I grew conscious of how methods of bathing, eating, and traveling affects the environment. As a keen observer, traveler, and student, I can perceive, explore, study, and comprehend the environment in ways others haven’t. In Nepal, I saw houses and monasteries made from trees, branches and mud. I saw men boil water to cook with, and women use cool water for the back of their necks. Stupas were made of rocks and the paint in some old monasteries was made from leaves. As prayer flags blew in the wind, I imagined them being taken by windhorse as wished by those who made them.

Coming Home from Traveling to Nepal

As our plane landed back in New York, the area looked much greener than I had remembered it. Did I envision less green before leaving it, or did I see more green only when I returned? My exposure to a different culture and environment may have altered my previous perceptions on several levels. So many things to think about.

Victoria Zito is a UVM sophomore majoring in environmental studies in the College of Agriculture and Life Sciences. She is interested in pottery, modern dance, working with children, and learning about astronomy, history, nature and religion.