Alumna Realizes Dream to Work as Education Volunteer in Panama 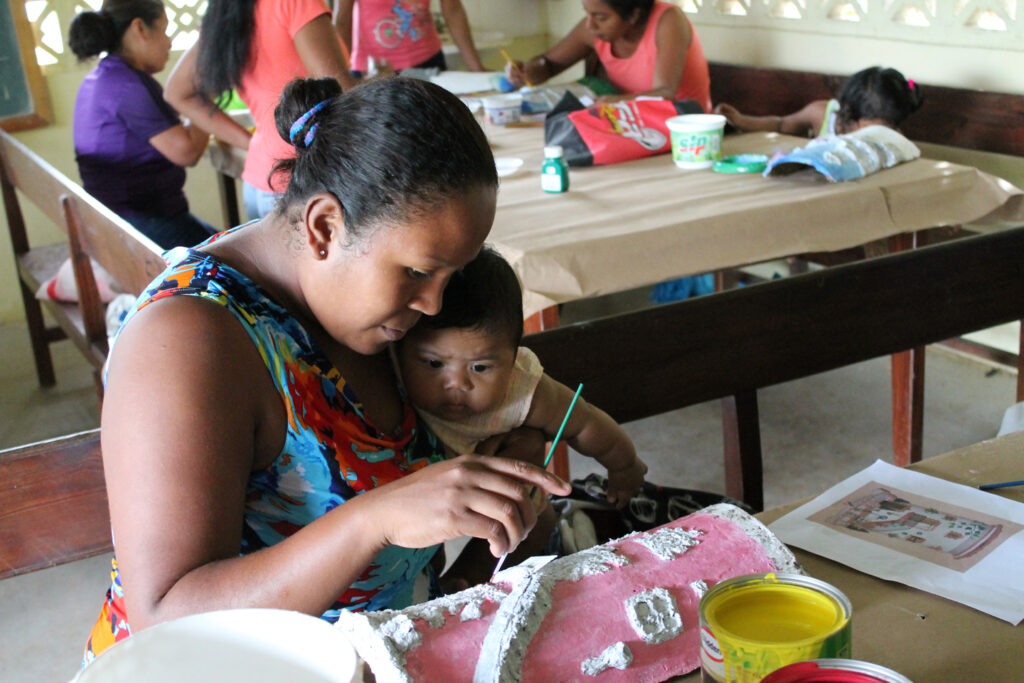 Since her early teenage years, Taylor Dorn of Essex Junction has imagined herself serving in the Peace Corps — she even compiled a “bucket list” in middle school that marked the prospect. Now, roughly one decade later, Taylor has checked that dream off her list as she forges ahead to live and work as an Education Volunteer in Panama.

“I was picturing myself in a small town, living in a hut, and drinking coconut milk every day while reading in a hammock,” she joked. “While part of that is true, I would say that my reality now is nothing like what I had envisioned before arriving in Panama.”

More than halfway into her two-year service, Taylor currently teaches English to students and teachers at a local secondary school in her Panamanian community.

While completing her primary assignment, Taylor has spearheaded several other projects to educate students at her school, including the development of a reading corner stocked with multilingual children’s books, a sustainable recycling program and a life skills workshop for seventh to tenth graders. She also facilitates an English language club in association with the Peace Corps’ World Wise Schools program, in which international schools partner with schools in the United States to foster social and cultural exchange.

Additionally, in her community, Taylor has launched a seminar series offering lessons on English language proficiency and professional development for university students who are studying to become English teachers. She also serves as president of a gender and development committee, which is administered by a board of Peace Corps Volunteers to promote youth development, male and female empowerment, men and women’s health and HIV/AIDS awareness.

“My biggest accomplishments have been the seminar workshops and seeing the newfound confidence from my participants,” she noted. “Working with children has also been very rewarding, and the relationships I have made with some people in my town will be the most valuable asset that takes away from my service.”

A Plan for Joining the Peace Corps in Panama

As a 2013 graduate of the University of Vermont – which ranked as one of the Peace Corps’ top Volunteer-producing universities in the nation this year – Taylor credited her undergraduate work in global studies with a double minor in Spanish and anthropology for cultivating a solid foundation that prepared her for Peace Corps service. 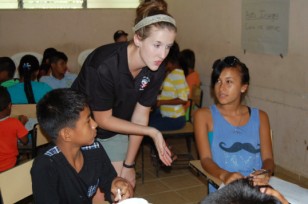 “The issues that I was exposed to in college also motivated me to see firsthand what the situation is like in developing countries,” she added. “I want to do work in international development, and in order to do this you need to understand the situation, which is something you can’t fully appreciate from behind a desk.”

Acting upon Taylor’s example, UVM recently launched its own Peace Corps Prep Program — in which current students may enroll in coursework geared toward international development with the expectation of pursuing that field after graduation — as a way to encourage more students to explore their potential overseas.

“I wish I had this opportunity when I was at UVM,” Taylor said about the program. “It sounds like an incredible experience, and one that I would encourage anyone who is considering joining the Peace Corps to take advantage of.”

Looking back on the past year, Taylor has found many pleasant surprises in her daily life overseas, from making the most of her time to work on multiple projects to forming many close friendships in her large colonial town. When it comes time to leave Panama at the end of her service, Taylor hopes that she will inspire her neighbors and students to make positive changes in their own lives while adopting a more enlightened view of the American people.

“In some ways, my service has exceeded my expectations,” she continued. “All in all, I would say that I am happy my Peace Corps reality is nothing like I thought it would be.”

To follow Taylor’s Peace Corps service in Panama, visit her blog at whereintheworldistaylordorn.blogspot.com.

Emily Webb is a Peace Corps public affairs specialist. This piece was originally published on peacecorpsnortheast.com.