What’s it like to study American culture through the lens of the Walt Disney brand? We asked UVM Film and Television Studies major Alec Buzzell to talk about his experience in the travel study course, Walt Disney and American Culture, which he completed as a UVM sophomore this past year.

The course combines an online component—analyzing the history and cultural impact of Walt Disney and Walt Disney World—and a travel-study component, where students visit the Disney theme parks in Florida and participate in Disney’s Youth Education Series and Disney’s Techniques of Teamwork. The course culminates in an individual student project that explores one of the Disney attractions in depth in terms of its impact on American popular culture. Alec was surprised by much of what he learned, not just about Disney, but about the dynamics of workplace culture and the effects of innovative thinking on employee motivation and public perception.

Here’s what Alec had to say on Disney Culture: 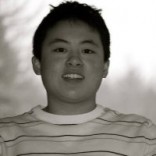 I first saw the Disney trip advertised via the UVM Film and Television Facebook page, so it was on my radar for a while. I thought it would be a fun learning opportunity, and it fit perfectly with my major. I had never been to Disney World before. I had, of course, heard of Disney World and how parents with small children all seem to travel to Disney World for vacation. It was surprising to find out that highways separate the parks and resorts. I’d imagined walking, which in reality would be very difficult.

The most surprising aspect of Disney for me was its sheer physical size. I think that speaks to how popular it is as a consumer company, which is also shown in the number of people who visit the parks every day. Despite the large number of people, the parks operate very smoothly, with excellent customer service. We’d read several articles about Disney’s strict rules for employee interactions with customers. Employees in Disney World are “cast members,” and anywhere a guest is experiencing Disney World is considered “onstage.” Some of the readings on Disney World were critical of its practices and how they value the image of Disney World to customers over any employee. With this in mind, I was suspicious of Disney when I arrived, but I found myself having difficulty resisting its charm and appearance of openness and safety. It was like entering a utopia.

The “Disney Doctrine” is its consumer-based ideology. Everything is tailored so that consumers will be happy with a park ride, a Disney film, or a Disney mug. That is the final goal; however, there are many steps along the way, which are outlined to make sure the entire process is controlled and well maintained. There are leaders, visionaries who create and imagine, creators who put ideas to paper and then three-dimensional form, and financial managers to make sure funds are monitored and available. This could be the set of guidelines for any company. While in Disney, we took a half-day leadership-training course and learned its Four Tenets for Leadership & Teamwork, originated and cultivated by Walt Disney and the Disney Corporation:

I thought it was very interesting to see people’s commitment to the Disney brand. I didn’t grow up with a television or watching Disney films, so I don’t think I got the same love of Disney. It’s almost like the brand is a celebrity everyone wants to see and get a souvenir from. My dad grew up watching the Mickey Mouse Club, and he can remember when it was announced that Walt Disney had died.

Despite not having TV, I still experienced Disney media, such as “The Emperor’s New Groove,” “Cars,” and “Monsters, Inc.” Nowadays, the Disney channel continues to be popular, and films like “Frozen” appeal to a huge age range. Young girls are undoubtedly being influenced by Disney’s portrayal of women, men, family, and the relationships between them all. As a media and culture creator, Disney strongly influences, and is influenced by, the people.

In my final paper, I contrasted Disney World to the Orlando International Airport, as my experiences with other people and the employees of the airport were so different from my experiences at the Disney parks. On the first day in the Magic Kingdom, for example, some friends and I were getting lunch in Tomorrowland, and I dropped my whole tray of food the minute I had it in my hands. The man I’d ordered from got me a replacement lunch, free of charge, and the people around me helped me find a trashcan for the mess.

Meanwhile, departing from Orlando International Airport, there were many harried, unhappy employees yelling at travelers and trying to communicate with the variety of people navigating the place. I think the difference in these two operations is the result of their different approaches to customer service, leadership, and teamwork. Happiness and satisfaction are part of both the Disney Doctrine and the American Dream.

I’ll take Disney World over the airport any day.

Mariette Landry is an editor and writer for UVM Continuing and Distance Education.

Mariette Landry is an editor for UVM Continuing and Distance Education. – See more at: //learn.uvm.edu/health-blog/becoming-a-physician#sthash.311zOXUW.dpuf