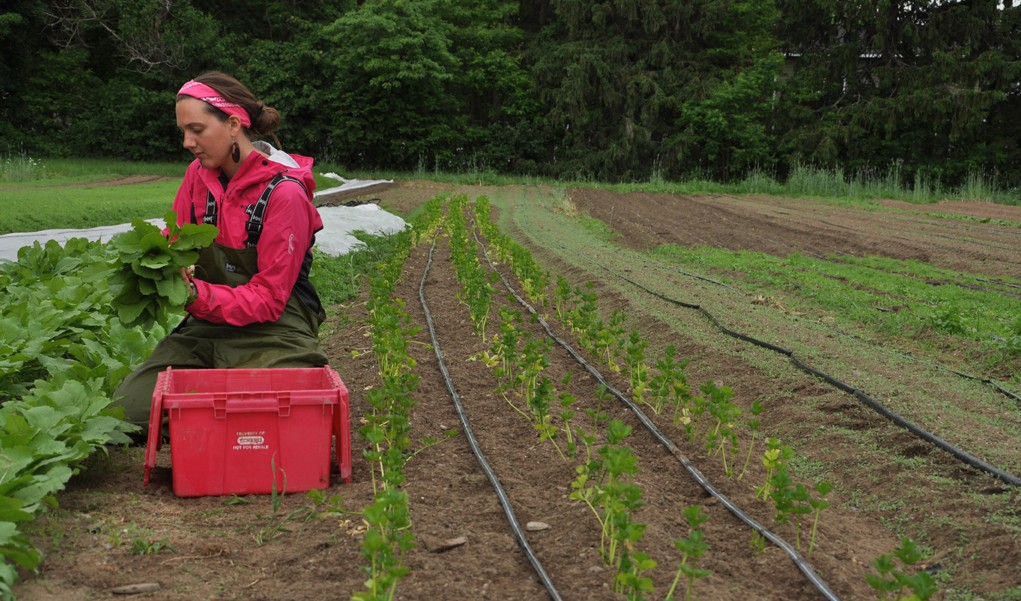 The purpose of education is to promote social progress. Research universities, such as the University of Vermont, were founded on the belief that teaching and research must be inseparable. Research at UVM helps create new knowledge with the potential to inform action, determine what progress really looks like, and identify the best approaches to make progress.

The 2014 Farm to Plate Annual Report reveals how Vermont’s farmers and food enterprises are increasing food production and how programs such as farm to school, farm to college and farm to hospital, as well as the charitable food system are all working to increase the amount of fresh, local food that is available to Vermonters at all income levels.

Some highlights from Vermont’s food economy:

Crop and livestock sales are on the rise.

Vermont is clearly a leader in local and sustainable food systems development. At UVM, we’re proud to be teaching the next generation of farmers and food producers in a state where local food truly matters.

Matt Sayre is a senior program developer at University of Vermont Continuing and Distance Education. He develops educational programs focused on sustainable food and agricultural systems, and his family is growing their own organic fruit farm and gluten free farm bakery in Hinesburg.