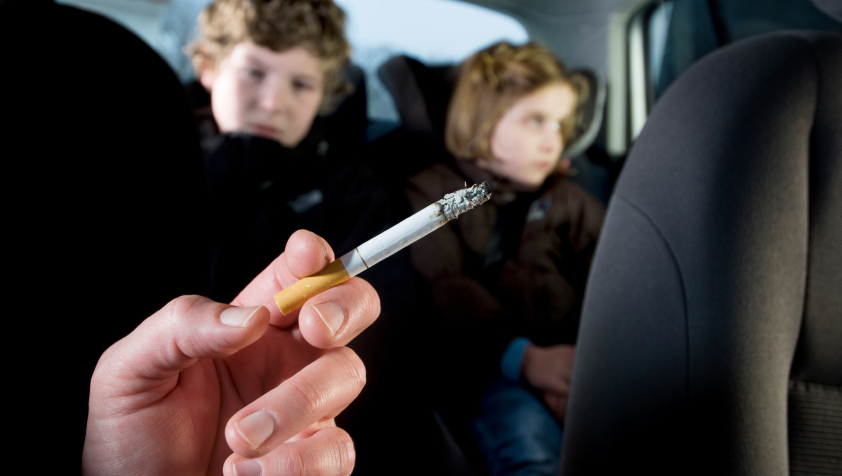 I remember the days of bouncing around the backseat of the car with my friend, while her dad drove us to ballet class. We did not wear seat belts at that time, as it was not required. It was a short drive, about 30 minutes, which was just enough time for him to smoke a couple of cigarettes. By the time we arrived at ballet, I was car sick and my friend was coughing up a storm. We have come a long way with protecting our children in the car with laws mandating seat belts, car seats and booster seats.

Recently a law (H.217) in Vermont was passed that went into effect July 1, 2014, and this law will further protect our children’s health. Vermont will join Arkansas, Louisiana, California, Maine, Washington and Oregon to ban smoking in vehicles in the presence of children. This Vermont law bans smoking in vehicles with children required to sit in a car or booster seat (basically under the age of 8).

The lawmakers reviewed multiple studies showing that the level of air pollution in a car caused by smoke from a cigarette is so severe, that breathing it is dangerous for anyone, especially for children. Children are unable to make the choice to keep themselves safe, as they are at the mercy of the driver. We know that there is no safe level of exposure to secondhand smoke, and smoking in the car exposes our children to toxic levels of known cancer causing chemicals. No amount of ventilation in the car appears to be helpful—as shown in the video clip below.

The Vermont law has several parts, but basically it states that it is against the law to smoke in a car with children (8 years old and under). Other states have passed similar laws, but they have increased the age limit to 18 and under. Hopefully, we will get to a point in time where all our children are protected. Maybe other children will enjoy ballet or other activities more because they won’t be coughing or “car sick.”

Please view the following video clip for a better understanding of the hazards of smoking in a car.

How Dangerous is Smoking in Cars? from TobaccoFreeCA on Vimeo.

This piece was originally published on the Fletcher Allen blog.