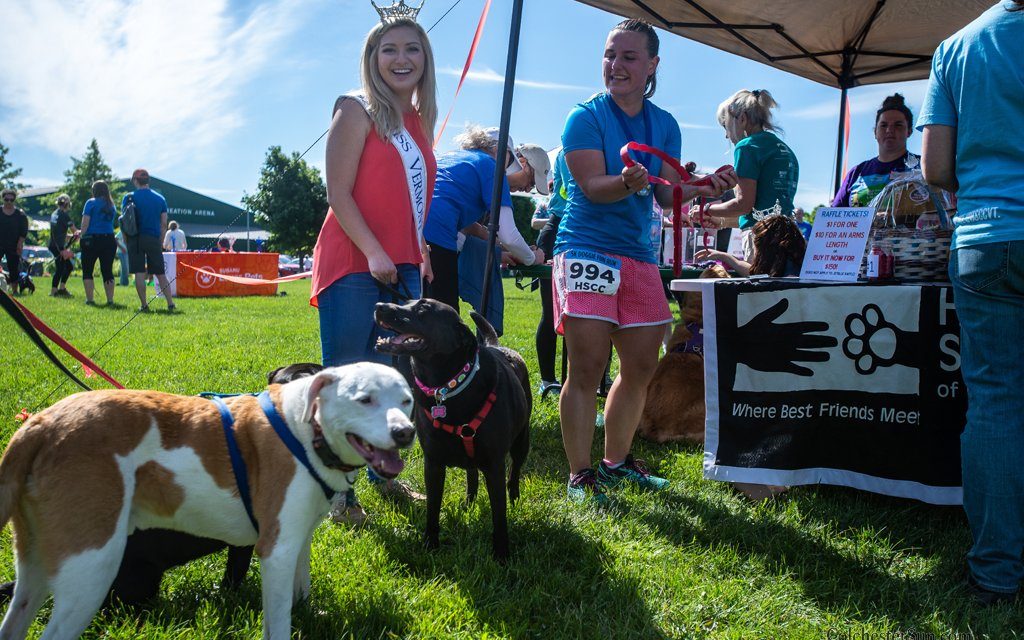 Julia Crane is not your average 22-year-old graduate student.

While writing her thesis for her master’s in public health at the University of Vermont, the Colchester native has been juggling radio and newspaper interviews, conducting goat races, running with dogs for the humane society and speaking with young women about leadership all around Vermont.

The next day, Crane was launched into her “year of service” as Miss Vermont, a full-time job as a spokeswoman, advocate and community leader. Crane is already hard at work promoting her initiative titled “Be a Hero: Be an Organ Donor,” which urges people to consider registering as an organ donor.

“Every day, 22 people die who could have been saved with an organ donation,” Crane said. “Just one donation can save eight lives.”

Crane got involved with organ donation because of her best friend, Courtney, who lives with cystic fibrosis and is currently on the transplant list for a double lung transplant.

“When somebody you love is sick or hurt and they’re in the hospital, you want to do anything you can to help them,” Crane said.

Crane urges people to consider registering as organ donors and says it is an easy process through Registerme.org, Donate Life’s national donor registry. “You can even do it right on your health app on your iPhone,” Crane said.

However, the most important part about becoming an organ donor is having the conversation with your family, she said.

“If one of your family members isn’t comfortable with you becoming an organ donor, tell them why you want to be one,” Crane advised. “I know it’s a hard conversation to have, but by having that conversation, you have the ability to be a real-life superhero to somebody in need.”

Crane is eager for the recent changes to the Miss America competition, which she believes will help her to better promote her platform.

On June 5, The Miss America Organization announced it will drop the swimsuit portion of the competition beginning this year, replacing it with a live, on-stage interview.

Additionally, the evening gown section of the night will shift to evening attire in general, allowing contestants to wear an outfit of their choosing while discussing their social impact platforms. The competition will also no longer be called a pageant.

She noted these changes are in response to “a cultural revolution in our country.”

For nearly 100 years, Miss America contestants have been judged on talent, an interview and an on-stage question, as well as their performance in swimwear and evening gowns. This year’s changes will eliminate physical appearance from the judging criteria, a press release says.

“I am so excited that we get to speak more on our social impact issue and our platform,” Crane said. “I am completely behind the changes they have decided to make, and I want to be the Miss America that represents empowerment.”

The Miss Vermont Scholarship Organization will also alter its judging criteria to reflect changes to the national competition.

“The changes to the competition will allow the judges even more opportunity to evaluate each contestant’s ability to do [her] job,” executive director Barbara Wilkinson said. “We look forward to implementing the changes at our competition next year as we see our contestants and the organization grow together to redefine what it means to be Miss America.”

Vermont is the only state to never have placed in the Top 15 at the Miss America competition. Crane wants to be the first.

“Of course I have my eye on the title of Miss America,” she admitted. “My upbringing in Colchester really helped raise me and shape me into the Miss Vermont I am today, and I would want to continue representing Vermont as Miss America.”

What would it be like to be crowned Miss America this fall?

“It would be crazy,” Crane said. “It would change the impact I could have on a national level to promote organ donation and promote the program.”

-This story was originally published in the Colchester Sun.

Learn more about the UVM Master of Public Health Program