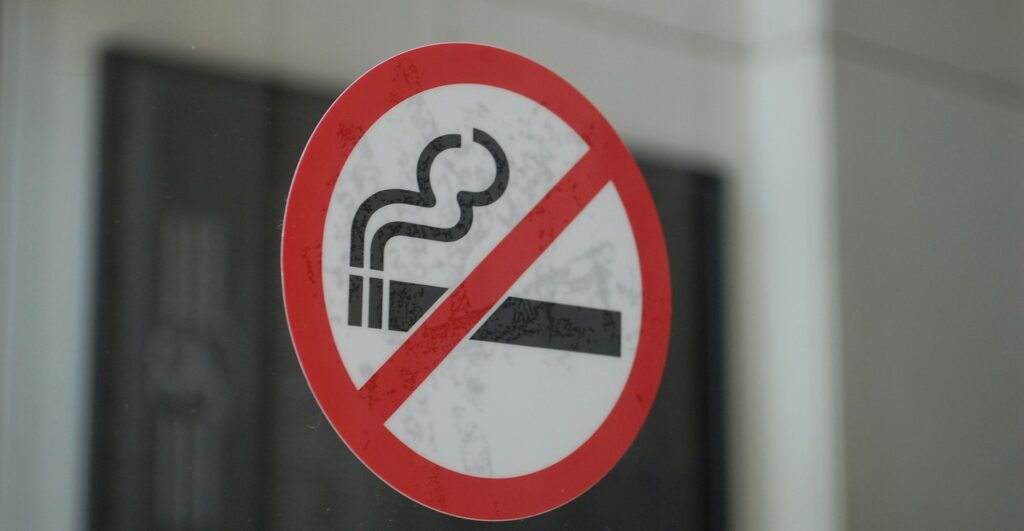 This week, UVM will join about 1,500 other universities by going tobacco free. As of Aug. 1, no cigarettes, e-cigarettes or other tobacco products will be permitted on UVM property.

For more than two years, Jan Carney, MD, MPH, senior associate dean for public health at the University of Vermont College of Medicine, and a committee she co-chaired worked to remove smoking from campus.

“The big problem is that nicotine is so addictive,” says Carney, director of the UVM Master of Public Health Program. “If you have a campus that promotes not smoking, I think that will help.”

As part of efforts to improve health on campus, UVM leaders began talking about a smoking ban in 2011. Carney has chaired the university’s Benefits Advisory Council since it started in 2007, looking to manage health care costs by encouraging employees and students to boost their wellness. President Thomas Sullivan formed the Tobacco-Free Steering Committee in 2013 and put Carney and Tom Gustafson, vice president for university relations and administration, at the helm. They focused on assessing opinions about smoking within the campus community and raising awareness about the dangers of using tobacco. 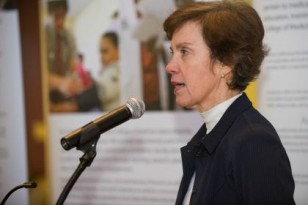 “You don’t flip the switch and do a top-down policy,” says Carney.

Committee members talked with students, faculty, staff and others about the environmental toll of cigarette butts littering the landscape and the benefits of going tobacco free. Many people complained about secondhand smoke and the need to walk through fumes on their way into buildings, Carney says.

“We had town hall meetings, we had a website, and we took a lot of time and talked to a lot of people and heard what people had to say,” she says, adding that the committee fielded more questions than concerns about the ban. Many people asked how UVM would enforce it: “Are you going to hand out tickets?” they wondered.

But punishment isn’t the goal, Carney explains. Education is.

Signs and other information around campus, as well as the data-packed Tobacco-Free UVM Health Initiative website, will explain the new rules and the health benefits. UVM also plans to boost its distribution of materials about smoking cessation.

“It’s an ongoing educational effort to change the culture of the entire campus,” says Carney, whose reputation as UVM’s public health guru grew out of her impressive career in public health — including service as Vermont’s Commissioner of Health from 1989 to 2003 — and role as course director for the Public Health Projects at the College of Medicine.

In fact, a critical contribution to the smoking ban was a survey of tobacco use that College of Medicine students completed in fall 2014 as one of their public health projects. The 3,177 surveys returned by students, faculty and staff showed that 19.1 percent of undergraduates smoked, and 68 percent of respondents reported exposure to secondhand smoke on campus.

Students will follow up with another tobacco survey this year and then every couple of years, Carney says.

All College of Medicine students are required to work on a group public health project in their second year. In partnership with the United Way of Chittenden County Volunteer Center, Carney coordinates 16 projects working with the Vermont Department of Health and various community agencies. Project research this year will focus on such topics as childhood nutrition, opioid dependence in Vermont and Lake Champlain water quality.

A project completed in fall 2013 that analyzed public awareness of ionizing radiation — including exposure from medical imaging tests and from naturally occurring radon, an odorless and colorless gas that requires a detector to find in homes — was published in April in the Journal of Environmental and Public Health. The study found a need for greater public education. Respondents “really wanted to know more from their health care professional,” Carney says.

Carolyn Shapiro is a freelance writer. This piece was originally published on the UVM College of Medicine website.