The Rise of Tick-Borne Illnesses in Vermont 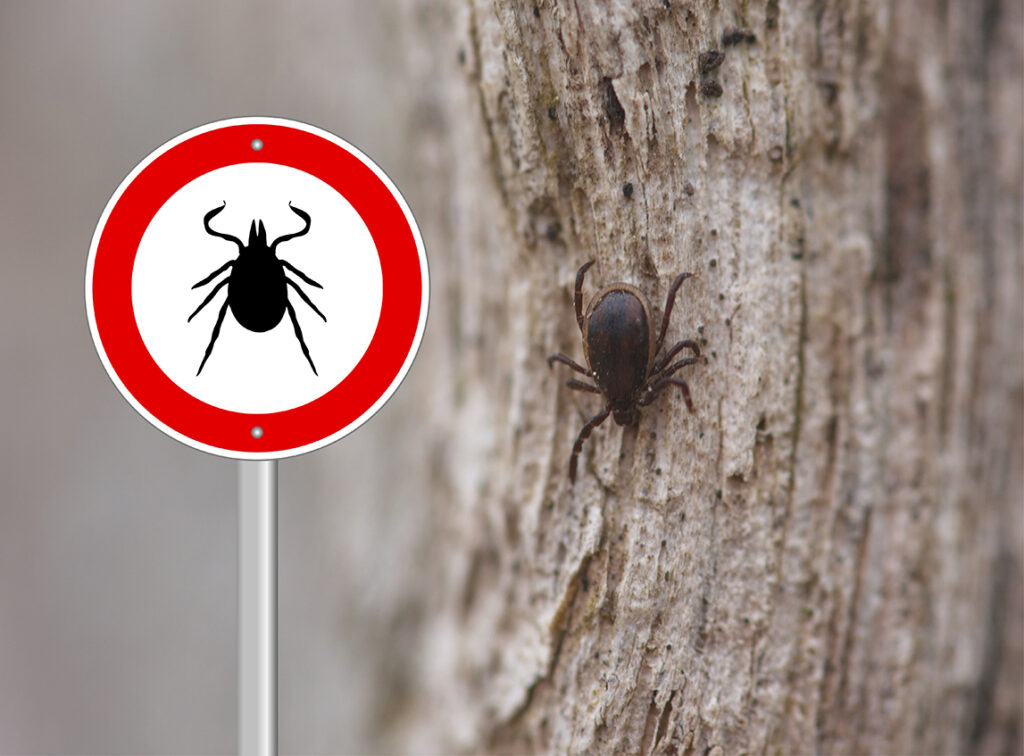 Summer is officially here, and that means tick season is in full swing in Vermont.

For the past decade, Lyme disease has been on the rise in New England. When the Vermont Health Department started tracking the disease in 1990, they found only 14 cases in the state, according to Bradley Tompkins, an infectious disease specialist.

The rate of tick-borne diseases tends to decrease the farther north you go, says Tompkins, who teaches a Public Health Informatics course at UVM. Vermont can expect to see anywhere from 400 to 600 cases this year, he says.

Bennington County near the Massachusetts border has the highest incidence of tick-borne illnesses in Vermont, including Lyme and Anaplasmosis, which can be fatal if not treated properly.

“There is a northward southward trend we see,” he says. “The three southern Vermont counties, Rutland, Windham, and Windsor, have high rates, but as you gradually move north you start to see a decrease, with the exception of the Lake Champlain Valley.”

Meanwhile, the Northeast Kingdom has a low rate of Lyme disease and other tick-borne illnesses. But it’s only a matter of time before the region catches up with the rest of the state. Because of changing weather patterns and warmer winters, it wouldn’t surprise Tompkins if the incidence of Lyme disease increases in the Northeast Kingdom over the next decade, especially because the region’s habitat and large deer population are desirable for ticks.

“Ticks don’t like colder temperatures because it decreases their ability to survive,” Tompkins says. “If it’s very cold but there is a lot of snow cover, that can insulate and protect ticks. A bad winter for ticks means that it’s very cold but there’s not a lot of snow. Due to the emerging weather trends we’re seeing in northern New England, the disease is creeping north.”

Tick season typically starts in mid-April and extends through November, with peak activity happening in late May and early June. Tompkins says there is a lull in late summer and early fall, but it picks up again in October and November.

“Until there is a vaccine or method of wide-scale control of tick-borne pathogens, personal prevention is the only tool in our toolbox,” Tompkins says. “Tick-borne diseases are here to stay in the state. Nothing is 100 percent effective in terms of prevention, so it’s important to be vigilant after spending time outdoors.”

Tips from the Vermont Department of Health