Posted by Erica Houskeeper on September 18, 2014 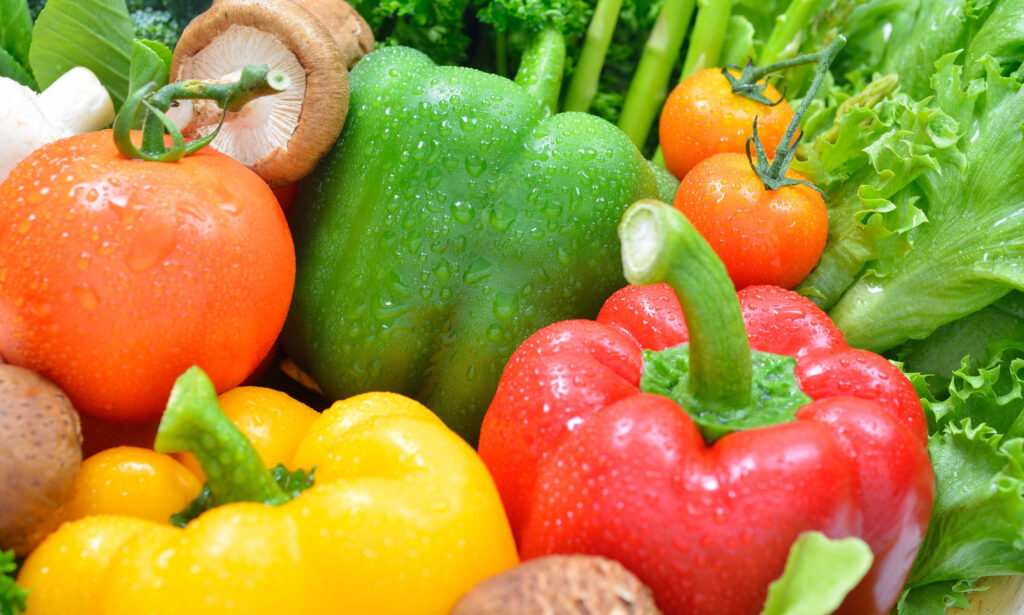 When it comes to food and health, we often hear about obesity, heart disease, and diabetes. But here’s some good news: American adults are eating better, according to a report from the U.S. Department of Agriculture’s Economic Research Service.

Linda Berlin, Ph.D., a UVM assistant professor and nutritionist, says a combination of things are encouraging adults to eat better and be more mindful of their food choices.

“There are a lot of messages we get through the media and from high profile authors like Michael Pollan about the importance of eating well,” Berlin says. “In our communities, there are also things happening at the local level to help inform the public about why a healthy diet is so important.”

The study’s researchers found that use of nutrition information, including the Nutrition Facts Panel found on most food packages, increased in recent years. Forty-two percent of working age adults and 57 percent of older adults reported using the Nutrition Facts Panel most or all of the time when making food choices. When asked about nutrition information in restaurants, 76 percent of working-age adults reported that they would use the information if it were available.

While reading nutrition information on packaged food is a good practice, Berlin offers other suggestions on how people can maintain a healthy diet.

When you think about the layout of the grocery store, the perimeter is where you’ll typically find fruits, vegetables, dairy and protein. The aisles are where you’ll find more processed, unhealthy food.

“Shop the perimeter more than the aisles,” Berlin advises. “You don’t see nutrition labels on fresh produce and that’s OK. We need to think a little more intuitively and holistically about the food we choose as opposed to just thinking about counting numbers on labels.”

A Shift in Food and Health Guidelines

Berlin says there has been a shift in nutrition education over the past two decades to focus more on teaching about healthy food choices and less on teaching about nutrients such as calories, fiber, iron, and fat.

The USDA has offered food guides to outline various food groups for nearly a century. There was the Protective Foods guide between 1916 to the 1930s, the Basic Seven in the 1940s, the Basic Four from the 1950s to 1970s, followed by the Food Wheel in the 1980s and the Food Pyramid in the 1990s and early 2000s. (See “A Brief History of USDA Food Guides”)

The most recent version is MyPlate, which depicts a place setting with a plate and glass divided into five food groups — vegetables, fruits, grains, dairy and protein.

Rather than having to count servings, the MyPlate approach is more practical because it takes that holistic approach, Berlin says.

“The whole deal with MyPlate is that half the plate should be fruits and veggies, and the other half should be grains, dairy and protein,” she says. “This guideline is really letting people think about food, and it makes a lot of sense.”

Obesity Rates are Slowing Down

Other good news is that Vermont has one of the lowest obesity rates in the country, and overall, the rate of increase in obesity nationwide is slowing.

The 2013 “F as in Fat” report from the Robert Wood Johnson Foundation ranks Louisiana as the most obese state with a rate of nearly 35 percent. Vermont and New York are ranked at 46th and 47th, and in both states, about 24 percent of the population is considered obese. The study did find that after three decades of increases, adult obesity rates remained level in every state except for Arkansas, and that the rate of increase has slowed since 2005.

“Vermont ranks really well, compared to other states,” Berlin says, adding that there is still work to be done to lower Vermont’s obesity rate.

Still Work to Be Done

Despite some positive trends, there are still significant nutrition and food issues in the United States. According to the UVM Department of Nutrition and Food Sciences:

“People can learn to like healthy foods so they eventually become comfortable and familiar,” Berlin says. “But getting around to eating healthy foods is a complicated system that involves choices, preparation and family dynamics.”