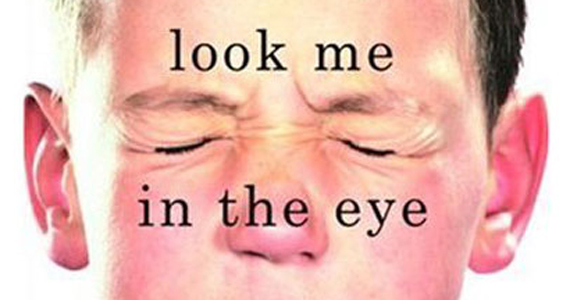 John Elder Robison’s life has taken him on a path so diverse and meandering that he could keep you entertained with stories for hours. 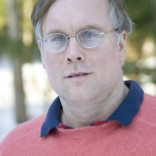 His three books do just that; they are packed with humorous anecdotes and detailed memories of his experiences: working for Pink Floyd’s sound company, touring across Canada with April Wine, setting up sound systems for top new wave bands like the Talking Heads and Blondie, creating illuminated, fire-breathing, rocket-launching guitars for KISS, designing electronic games for Milton Bradley, restoring Porsches and other high-end cars and founding a European auto business from his garage.

But this path would not have been possible without one distinction: Robison is a person with Asperger’s syndrome, a mild form of autism that makes his brain neurologically different.

In a presentation on June 24 at the University of Vermont’s 17th annual Summer Autism Institute, he’ll speak about life with Asperger’s. His wife, Maripat, will join him to talk about what that means for families and relationships; she is working on a book titled I Married a Geek.

Robison is quick to point out that he doesn’t “have Asperger’s” – that “makes Asperger’s sound like a disease or an injury,” he explains in his 2011 book Be Different: Adventures of a Free-Range Aspergian, With Practical Advice for Aspergians, Misfits, Families & Teachers.

The ‘Gift’ of Asperger’s

Instead, he writes, he is a “person with Asperger’s,” or the shortened version: an Aspergian or Aspie.

He explains the irony of Asperger’s. In childhood, Asperger’s can seem like a deficit, making it difficult for young Aspergians to make friends, play in groups and follow schools’ expectations. If they don’t have parents and teachers to support and champion them – and Robison did not – young Aspergians can be labeled as failures. In adulthood, however, Asperger’s can be a gift.

“Today, I’m quite successful, and the same Asperger traits that made me a failure as a kid have played a large part in facilitating my success as an adult,” Robison explains. “The brain differences that made it difficult for me to interact with people actually helped me to concentrate on other things, like machines. That concentration led me to develop abilities with machines that others don’t have, and I’ve been very successful in using those skills to advance my career.”

In his book, Robison explains how he managed to travel “the path from disabled to gifted. You learn social skills. You find life and work settings that minimize your weaknesses, and you discover your strengths and play to them.” He offers tips for people with Asperger’s – and their families and teachers – to help negotiate this path.

But for him, it was a path made all the more difficult by the fact that he lacked a diagnosis for what many observers saw as his “quirks and behavioral aberrations.”

When Robison finally learned his diagnosis at age 40, he went from seeing himself as a “successful business owner, a husband, and a father” to “a guy with Asperger’s.” And although he had always thought of himself as “a loner, a geek, and a misfit,” he never had considered himself “disabled.” He now rejects that label – unfortunately, too often applied by society – and instead views Asperger’s as a series of “subtle brain differences that often cause people like me to respond differently – strangely even – to common life situations.”

Yet his diagnosis was “empowering,” he said in a recent interview. “It’s empowering to understand why you’re different, even for the first time at that age.”

A few years ago, Robison also came to realize that his son, Cubby, now 24, shared the diagnosis. Robison has written about that experience in his most recent book titled Raising Cubby: A Father and Son’s Adventures with Asperger’s, Trains, Tractors, and High Explosives (2013); it joins his two previously published books, the best-selling Look Me in the Eye: My Life With Asperger’s (2007) and Be Different. His story first came to light in his brother Augusten Burroughs’ memoir, Running with Scissors.

In the 16 years since his diagnosis, Robison has learned a lot more about Asperger’s, delving into research, serving as a go-to consultant on neurodiversity and working with the Interagency Autism Coordinating Committee for the U.S. Department of Health and Human Services, the National Institutes of Health, the U.S. Department of Education’s Advisory Board for the Center for Secondary Education for Students with Autism, and other organizations.

In addition to running his high-end car business, JE Robison Service in Springfield, Mass., Robison is a scholar-in-residence at the College of William & Mary, working to establish the first college curriculum focusing on neurodiversity. He also co-founded the TCS Automotive Program, a special education high school program that teaches automotive trades to at-risk teens who work at his car business.

In a recent interview, Robison explained how society’s view of Asperger’s has changed somewhat since the 1960s and ’70s, when his parents and teachers labeled him a failure.

“We didn’t have any awareness of these conditions,” he said. “Kids like me were dismissed as bad kids who were lazy or stupid or no good.”

Now, however, “I think that there is a greater expectation of fair or better treatment,” Robison said. “People are more willing to stand up for their rights today. That’s a good improvement.”

Yet “there is still a lot of subtle discrimination against people who are different in our society,” he said. “There’s somewhat more awareness, but the knowledge we have acquired in science hasn’t percolated into public consciousness and in the teachers and helpers of kids with autism. We have a way to go in developing more awareness.

As he travels to conferences like the UVM Autism Institute and speaks out about Asperger’s, autism and neurodiversity, Robison hopes to make a difference.

“I want young people who are growing up different to recognize that different isn’t less or broken, and I want young people to see we have bright futures, and I want them to see the things they can do,” he said. “I want to build awareness among adults to see what kinds of therapies and resources they need to be effective in working with people with autism.”

And what advice would he offer teachers and parents who want to support kids with Asperger’s?

“People always ask me that,” he said. “And that’s why I wrote Be Different. It’s not a five-second answer, and a lot of that advice is in the book. The biggest thing I would say is not to be judgmental about people who don’t act the way you expect.”

The University of Vermont will host the 17th annual Summer Institute on Autism Spectrum Disorders June 23-27 at the Doubletree by Hilton in South Burlington. The Institute will include presentations on aspects of assessment, treatment and research of Autism Spectrum Disorders (ASD) by five key speakers. The event is hosted by the UVM College of Nursing and Health Sciences Department of Communication Sciences and Disorders.