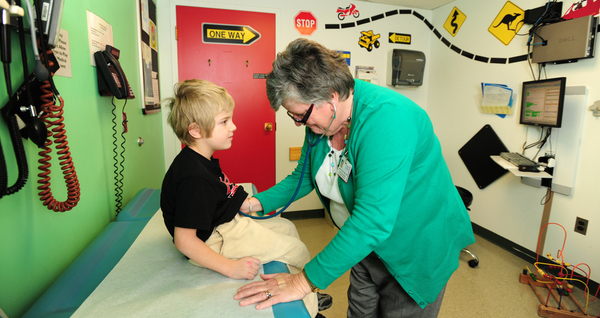 Amid the extensive coverage of a growing Ebola epidemic last fall came news that President Obama had signed an executive order to combat what could become an even more invasive world health threat: antibiotic-resistant bacteria.

“The evolution of antibiotic resistance is now occurring at an alarming rate and is outpacing the development of new countermeasures capable of thwarting infections in humans,” declared an accompanying report from the President’s Council of Advisors on Science and Technology. “This situation threatens patient care, economic growth, public health, agriculture, economic security, and national security.”

The World Health Organization similarly has warned that a “post-antibiotic era – in which common infections and minor injuries can kill – far from being an apocalyptic fantasy, is instead a very real possibility for the 21st century.”

To do its part in the fight against antibiotic resistance, the Vermont Department of Health has joined the U.S. Centers for Disease Control’s (CDC) “Get Smart” program to educate patients and health care providers about proper antibiotic use, says Patsy Kelso, Ph.D., state epidemiologist.

Now that it’s cold and flu season, it’s an ideal time to issue reminders about when – and when not – to prescribe antibiotics.

“Germs that cause colds and flu thrive in winter, resulting in symptoms that make people feel miserable,” Kelso explains. “Antibiotics treat bacterial infections, but they won’t touch an infection caused by a virus, which is the likely culprit for most stuffy noses, sore throats and coughs.”

What is the impact of antibiotic-resistant bacteria?

Each year, 23,000 Americans die and 2 million get sick from antibiotic-resistant infections, according to the CDC. More than half of all deaths are caused by a C. diff – a bacterial infection that causes severe diarrhea and leads to at least 250,000 infections and 14,000 deaths each year in hospitalized patients.

The annual impact of antibiotic resistance on the U.S. economy is estimated at $20 billion to $35 billion in excess direct health care costs, and as much as $35 billion in lost productivity due to missed work time, the CDC says.

Another issue complicated by antibiotic resistance, according to a CDC report on “Antibiotic Resistance Threats in the United States”: “Many of the advances in medical treatment – joint replacements, organ transplants, cancer therapy, and treatment of chronic diseases such as diabetes, asthma, rheumatoid arthritis – are dependent on the ability to fight infections with antibiotics. If that ability is lost, the ability to safely offer people many life-saving and life-improving modern medical advantages will be lost with it.”

How ‘Get Smart’ is getting out the word

The “Get Smart” program is aimed at educating health care providers, hospital administrators, policy makers and patients about the need to decrease inappropriate antibiotic use.

For instance, the Vermont Health Department issued an advisory to providers and pharmacists alerting them to updated guidelines from the American Academy of Pediatrics that promote more stringent criteria in diagnosing ear infections, which could potentially limit antibiotic use. The Health Department also has run an advertising campaign, sponsored a video contest for university students, printed informational inserts for pharmacy bags and organized a continuing medical education event for health care providers to raise awareness about proper antibiotic use.

Americans don’t always understand the link between their individual antibiotic use and the greater threat of antibiotic resistance.

Kelso points to a Pew Health Group report on Americans’ Knowledge of and Attitudes Toward Antibiotic Resistance. It indicates that Americans seem aware of what causes antibiotic resistance. However, many don’t always follow through on their best intentions regarding proper antibiotic use.

The report notes that:

The “Get Smart” campaign also is supporting health care providers in their goal to decrease antibiotic use. Doctors sometimes feel pressure from patients – and especially parents of young children – to prescribe antibiotics when children come down with a cold or cough, Kelso says.

However, parents don’t always ask for the antibiotics when they visit the doctor’s office; doctors just think they want them.

“When doctors are surveyed, it turns out they over perceive sometimes how much patients expect antibiotics when they haven’t indicated they want them,” she says. “That is one message we have been educating Vermont health care providers about.”

That misperception, Kelso believes, could lead to more doctors prescribing antibiotics when they don’t need to.

Still, there are patients – often parents of young children – who push doctors for an antibiotic, she says.

“Parents tell the doctor, ‘The last time my kid was sick he had this antibiotic, and felt better in a few days,’ ” she says. “But it could be that the antibiotic that they got last time had nothing to do with their child getting better. Sometimes, it takes less time to write a prescription than to explain to a parent why you aren’t writing a prescription.”

A solution for doctors and patients

To help health care providers caught in this situation, The Health Department provides a prescription sheet instead of an actual prescription for antibiotics.

“If a doctor isn’t going to write a prescription for an antibiotic, then he or she can give the patient this sheet,” she explains. “It says: Here’s what you can do to feel better; here’s what you can take if you have a fever or aches. If you’re not better in a few days, here’s what you can do. The idea is that people walk away from the doctor’s office knowing that the doctor listened, but didn’t give them something that won’t help and in fact could be harmful.”

How to get better when you have a virus

According to the CDC, there are additional steps patients can take to treat viruses, including:

2nd Career Options that Pay Off

Farmer Training Student Taps into His Entrepreneurial Side 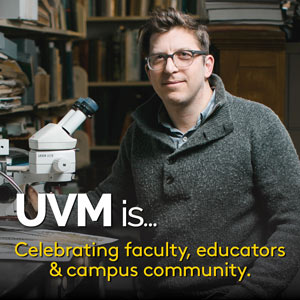