Posted by Erica Houskeeper on October 7, 2021 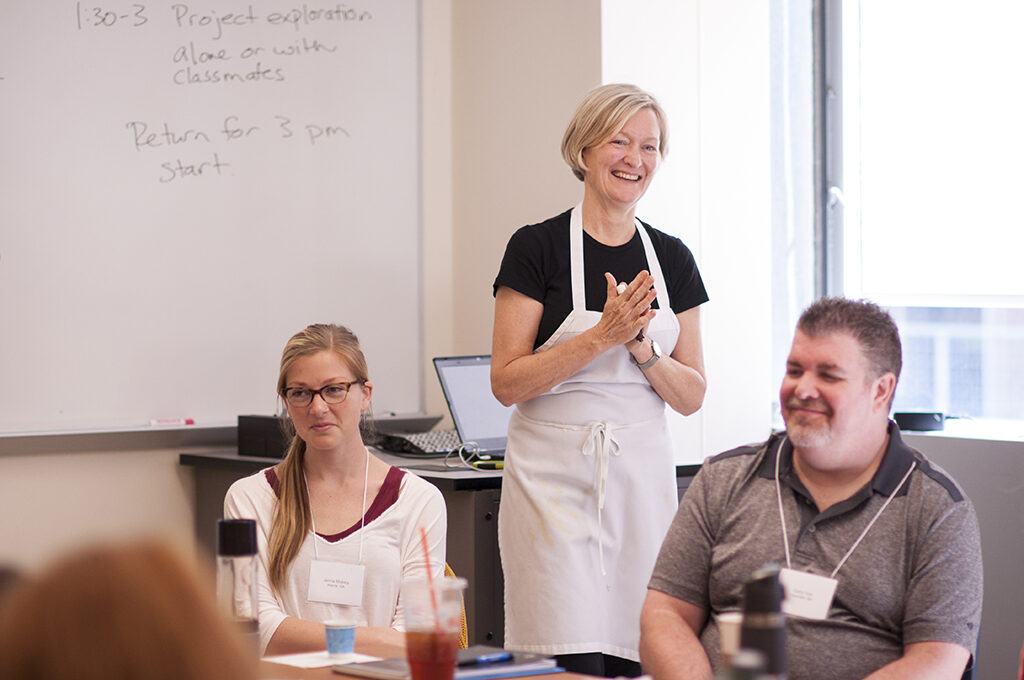 Cynthia Belliveau, Ed.D., is thinking more about philosopher and educator John Dewey in the present and future tense.

When Belliveau is face-to-face with students in the UVM John Dewey Kitchen Institute, she talks them through the mechanics of slicing an onion or troubleshooting a recipe with limited ingredients. Her goal is to help her students—many of them educators—understand and apply the indivisible interaction between practical and theoretical learning.

“These times are pushing us all, and there’s this existential threat that we’re all feeling,” says Belliveau, Dean of UVM Continuing and Distance Education. “I try to give my students some conceptual frameworks to survive whatever comes their way next.”

On Friday, Oct. 8, at the UVM John Dewey Memorial Conference, attendees are invited to “Cooking to Learn: The John Dewey Kitchen Institute, A Conversation Among Cynthia Belliveau, Lisa Heldke and Raymond Boisvert.”

“Dewey liked the kitchen because he thought it was democratic. How thought it was a place where you could teach pluralistic skills and be in a collective. And we need that today more than ever,” Belliveau says. 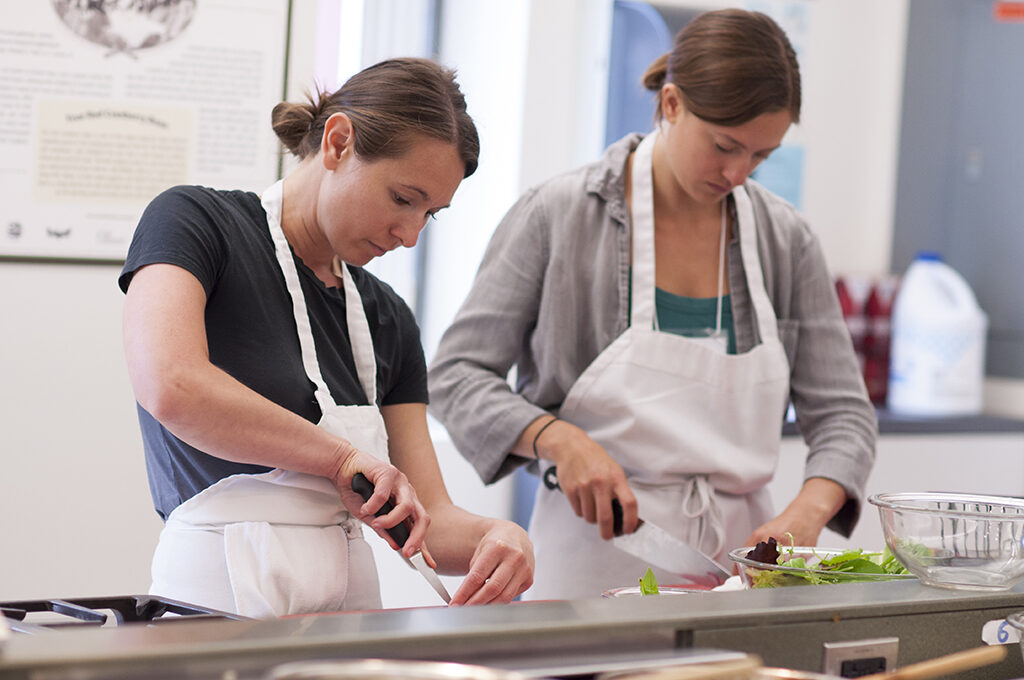 “In our preparation, one thing Raymond said is to stop echoing Dewey. Dewey has been gone for a long time, so let’s try to evolve. Let’s try to move to what would be happening today,” Belliveau says. “Dewey gives us a springboard, but we don’t want to put Dewey in a museum where nothing changes.”

Dewey, a philosopher and educator, was born in Burlington and earned his undergraduate degree from UVM in 1879. He believed that food was a central vehicle for teaching critical, intuitive thinking and unifying knowledge with experience. His main approach to teaching was “learning by doing.”

“Dewey liked the idea of cooking because it means you can’t be alone. You’re busy and doing something, often with other people,” Belliveau says. “I’m also completely into the concept of play. Play frees someone to be able to really focus on the experience.”

Every summer, Belliveau and Heldke lead UVM’s John Dewey Kitchen Institute program. The program brings Dewey’s pedagogy to the kitchen by introducing an experiential education model that can be adapted to many subjects.

In the 1900s, Dewey founded the Dewey School at the University of Chicago. It included an experimental laboratory of education and a kitchen lab. The Dewey School teachers believed that cooking, eating, and conversing in a social setting were key ingredients for educating young members of society into a life of inquiry and community participation.

While the word “inquiry” is often used in reference to Dewey, Belliveau, Heldke, and Boisvert will reframe it at the conference as “care.”

“I love that idea. You care about something and keep moving with it,” Belliveau says. “We want to be using words like ‘care’ and ‘hungry.’ In order to be satiated, we need to keep going, and we need to keep learning.”