How Does Vermont’s Beer Ranking Compare to the Rest of the U.S.? 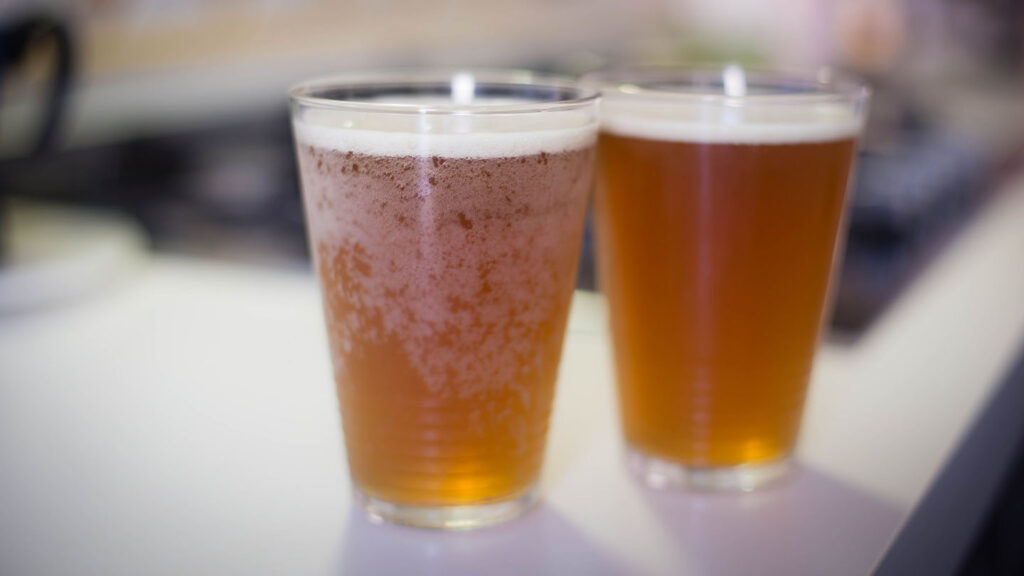 In Vermont, we often hear people say our state has the most breweries per capita in the United States. But there’s certainly more to consider when talking about Vermont’s place in the world of craft beer.

When people speak of a state’s ranking, it all depends on the lens that’s being used.

One consideration for Vermont might be the number of breweries with national and even international reputations. This is aided by use of social media and consumer rankings of breweries where word-of-mouth tends to spreads like wildfire. Beer Advocate, Rate Beer and Untappd are several platforms for such consumer assessments of beer products. The Alchemist Brewery, Hill Farmstead and Lawson’s Finest Liquids frequently top these lists.

Closely related to brewery reputations is the influence of industry leaders, such as John Kimmich of The Alchemist, Shaun Hill of Hill Farmstead Brewery, and Sean Lawson of Lawson’s. They each have significant followings within the beer world and are well known for their creativity and innovation. Vermont may be a small state, yet in the beer world it has a huge influence.

That brings us back to the breweries per capita category. We often hear this in conjunction with Vermont since our state is ranked number one. Yet, to understand its significance, it’s important to understand how a top ranking is achieved.

Industry data is reported by the Brewer’s Association, based in Boulder, Colorado, the official spokespeople for the craft beer industry. This ranking category measures the number of breweries per 100,000 adults ages 21 and up. In this case, a small population can certainly help.

The top five states on the “breweries per capita” list are as follows: Vermont, Montana, Colorado, Oregon, and Maine. This list falls into two distinct categories—states with small populations that are positively impacted by favorable brewery and population ratios; and states with very large numbers of breweries.

For example, brewery numbers for small population states include Vermont with 50 breweries, Maine with 77, and Montana with 68.

Meanwhile, Colorado and Oregon have very large numbers of breweries: 334 and 243 respectively. Yet, since they also have larger populations, this adversely impacts their ranking.

What if we examine states with the largest number of breweries, rather than per capita numbers, to possibly understand their influence on U.S. craft beer? California takes top honors for the most breweries with 623. Colorado and Washington each have 334 breweries, while New York (269), Oregon (243), Michigan (222), Pennsylvania (205), Texas (201), and North Carolina (200) top this category.

For Vermont, it’s certainly great to be ranked number one in any category. That said, clearly we fall way back in the pack when considering the total number of breweries. Yet, having highly ranked brewers and breweries is probably far more significant to our craft beer reputation than the much ballyhooed per capita ranking.

Interested in pursuing a career in craft beer? Learn about the UVM Business of Craft Beer Certificate Program.

-Gregory Dunkling is the director of the UVM Business of Craft Beer Certificate Program.