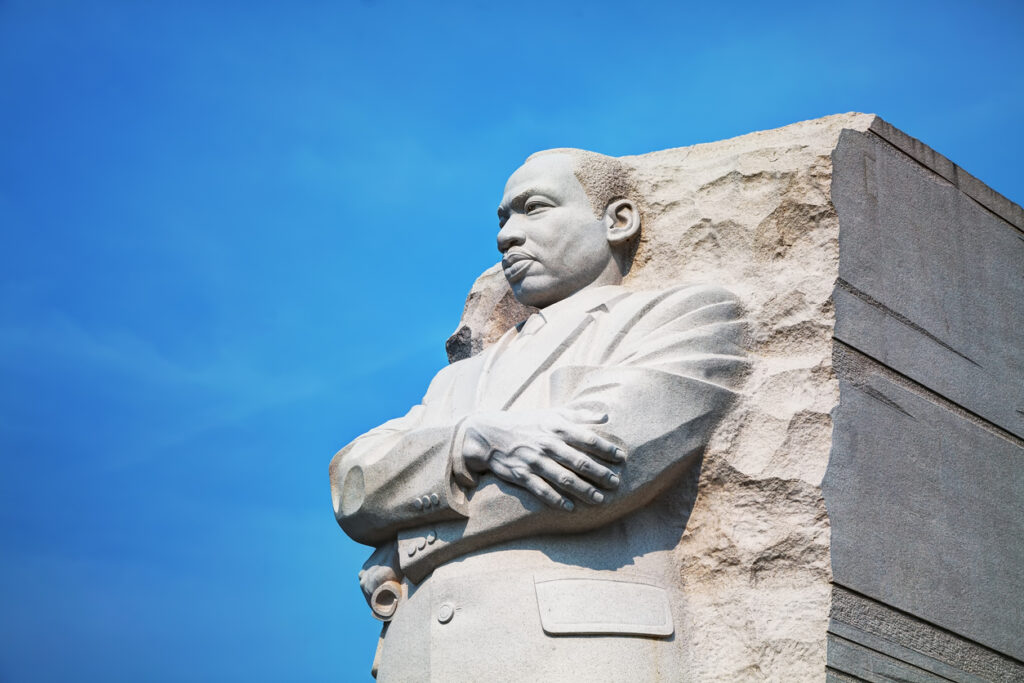 In one of Dr. Martin Luther King Jr. famous speeches he declared, “Life’s most persistent and urgent question is: ‘What are you doing for others?'”

Today, as we honor the life of Dr. King it is also important to ask yourself, do you have the tools that you need to influence change, to be a leader and to make an impact in your community? This year would be Dr. King’s 89th birthday. In celebration of his life, the community at UVM is offering many events to help pay tribute to our nation’s civil rights icon.

It’s also fitting to help our community of learners by equipping them with the tools to be agents of change and to build leadership skills. We hope that these tips on three qualities of leadership can aid in the pathway to meaningful and impactful work.

Someone I once supervised told me my leadership ethic was clear and simple: Pay close attention. Do good work. Make no excuses.

I had never thought of it quite that way, but she gave a fair description of what I value as a leader. Upon taking a closer look, I would recommend these qualities for anyone who wants to be an effective agent of change.

Leadership is the act of making an intervention within a system, trying to change the results that a system produces. Unfortunately, every problem we try to solve is part of a system that is much bigger and more complex than we can ever see! That’s why effective change leaders make the lowest-level intervention they possibly can and then pay attention to what shifts. Sometimes that change is local and immediate, and sometimes it is broad and long-term.

During recent police killings of young black men across America, mayors prioritized “controlling the spin” of their cities’ stories. But when a 12-year-old boy playing with a toy pistol was killed by a police officer in Cleveland, Ohio, Mayor Frank G. Jackson took unusual action by holding a public session at the community center where the shooting happened to answer questions and listen to community concerns. By making this low-level intervention, quickly hearing from the people who were most affected, Mayor Jackson did two things: first, he achieved the immediate goal of preventing destruction caused by civil disturbances by letting people know they had been heard; second, he modeled the importance of addressing problems by listening and sharing information quickly.

By paying close attention to how a gentle intervention affected other parts of the community system, including angry community activists and a potentially reactionary police union, Mayor Jackson saw that he didn’t need a big intervention with lots of fanfare. Rather, his subtle method achieved the change he wanted: peaceful resolution to a violent situation and a police force held accountable to the community it serves.

Leadership is a function, not a role. It is different from being the person whose charisma, job title or position in the organization labels them a leader. The fact is that no single person leads a movement. Looking again at leadership as an intervention, a leader is anyone who helps a social structure change the way it works in order to produce different results. We see this in many social movements that don’t have a single leader—they are not leaderless, they are leader-full.

That information was shared on flyers printed in secret by a professor and distributed by her students. Jo Ann Robinson chose to lead through work that was of the greatest support to the movement, doing it consistently and well. If Professor Robinson had not done the good, but humble, leadership work of cranking the handle of a mimeograph machine, there could not have been a massive organized response in the wake of Rosa Parks’s arrest, and few would have heard the inspiring voice of the new, young preacher in town named Martin Luther King Jr.

Good leadership requires recognizing change as it happens and naming that change out loud. Leaders are accountable for observing the impacts of their interventions, noticing both the intended effects and also those they did not expect.

Leaders advocating for healthy-food options popularized the term “food deserts” to describe areas where people had no access to full-service grocery stores with the intent to point out that, in a nation of plenty, some Americans still have limited access to food. Many people thus became interested in solving the problem of food deserts. However, there was one major problem: some of the people living without access to a grocery store hated the term “food deserts!” They pointed out that deserts are natural phenomena to which life can adapt, but economic disinvestment in poor communities is not. In trying to label their movement, leaders had gotten it wrong, and their desire to help people get access to food actually alienated those most affected.

To adapt to this unforeseen problem, food-access advocates began to work in more accountable ways with community members affected by the absence of grocery stores. Together, they approached food access as a social-justice issue rather than a natural phenomenon, coining the term “food justice.” This vocabulary connected a lack of access to food to larger systems of environmental, economic and social harms, and helped leaders target these underlying causes.

If you asked me how to be effective as a leader, I could tell you a thousand deep, long stories about systems, relationships and what it means to lead. Or, I could simply remember the words my colleague said to me: Pay close attention. Do good work. Make no excuses.

Learn about more opportunities to expand your leadership skills at UVM.