Women in Craft Beer: Bailey Spaulding on Opening a Brewery 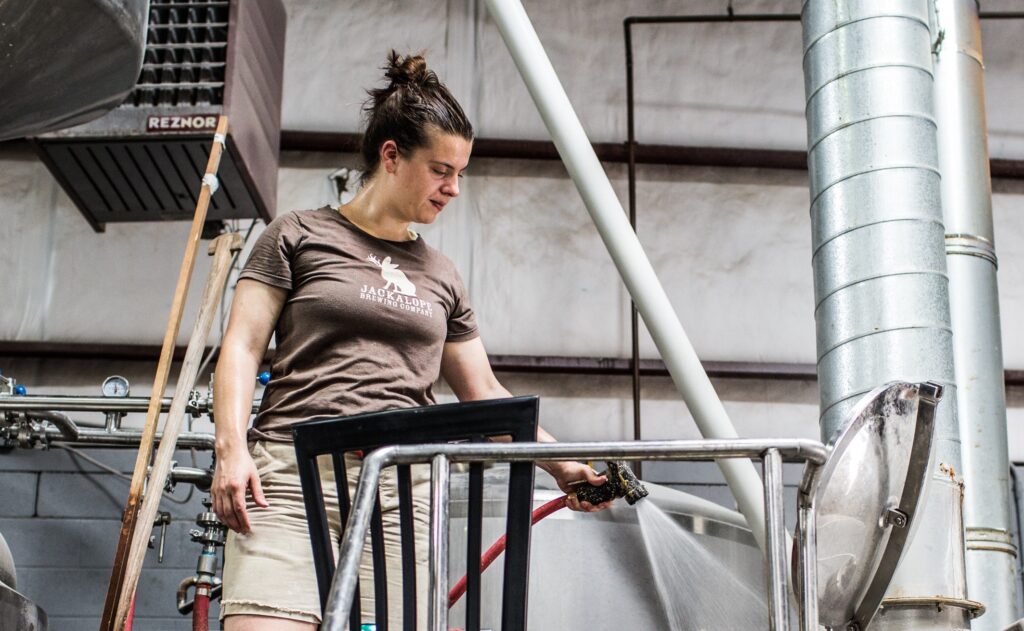 What does a jackalope, Montpelier, Vt., Harvard University, and brewing kettles all have in common? Bailey Spaulding.

Spaulding was born and raised in Montpelier, graduated from Harvard in 2004, and opened up Jackalope Brewing Company in Nashville in 2011. For our second profile in a series of four women in craft beer, we chatted with Spaulding about her adventures in brewing.

After graduating from Harvard University and enrolling at Vanderbilt Law School in Nashville, how did you decide to open a brewery?

I started home brewing while I was in law school and really loved it. I would spend most of my time thinking about what kind of brewery I would start, rather than what kind of lawyer I would be, so when I graduated, I decided to take the plunge.

Setting up a brewery: nightmares or dreams?

Both! There are really exciting times, like brewing for the first time on your new equipment, and there are really terrifying ones as well. Learning how to deal with the scary times and keep your cool is what I think makes you a real entrepreneur.

What was your ah-ha moment?

I was spending the summer after my first year of law school working for the Natural Resources Defense Council in New York and sitting with my fellow interns. We all talked about what we would do if we could do anything, and one of my friends (not me!) said she would open a brewery. A light bulb went off in my head. I think that’s when I realized that starting a brewery was actually something that people could do.

What’s the real story behind the jackalope?

I believed in jackalopes growing up, so it became a little joke about me with some of my friends. One friend gave me a shirt with a jackalope on it and the text, “Believe in Yourself.” When most people thought I was nuts to be graduating law school and brewing beer, that became our little unofficial motto.

What got you through (and perhaps still does) the long days on a concrete floor and all the hard work?

Yes, the days can still be long sometimes. I would say passion and an undying will to succeed. I really love what I do and what our team has created.

In the craft beer industry, do you feel pressure to come up with new beers, or is this the fun part?

Oh, that’s part of the fun! You can’t spend too much time worrying about what other people want you to do. There aren’t enough hours in the day for that. When we get to come up with new beers, it’s typically a reward for working hard enough to get a little bit of time.

Did you find that being a woman affects who you are in the craft beer industry?

I think it may get me a little bit more attention from the consumer standpoint, but I don’t feel like my colleagues treat me any differently. I’m thrilled that more women are starting to get into brewing. 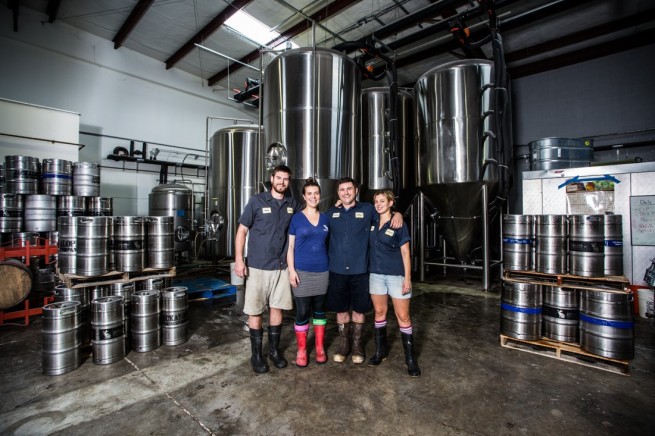 Working in a brewery must feel a bit like a second family. Any funny stories from the floor?

We have an amazing team. It’s hard to pick one story, from karaoke battles to the guys setting up a t-ball station (that has since been removed after too many whiffle balls ended up in the rafters). It is always an adventure.

What advice would you give to someone starting up his or her own brewery?

Be patient, and raise more money than you think you need.

Editor’s note: This is our second post in a four-post blog series introducing you to just a few of the amazing women in the beer industry right now. Cheers to these women and their accomplishments, with hopes that all beer lovers who have been considering a career shift into the beer industry will follow their passion.

Tera Dacek is a consultant and freelance writer. She most recently worked as Marketing Manager for Alchemy and Science. When she unplugs, she can be found at her local mountain or one of the many wonderful breweries in her home state of Vermont.